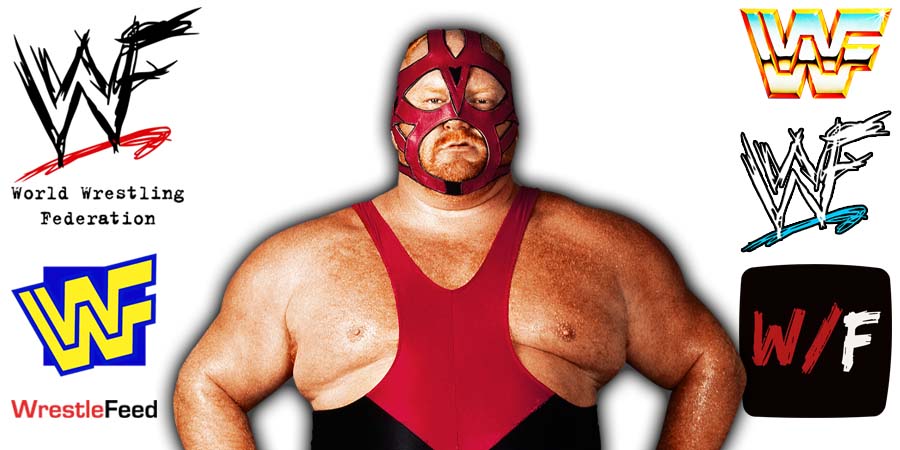 In 1997, Vader was arrested in Kuwait for grabbing a TV reporter when the reporter said WWF is fake.

During a recent episode of SK Wrestling’s The Bro Show, former WWF Writer Vince Russo recalled this incident and Vince McMahon’s reaction to it.

“When I was there, [Vader] was the buttend of everybody’s joke.

I’ll never forget – and this is an absolute shoot – do you remember when he was in Kuwait and got physical with that TV reporter? Bro, they threw his butt in jail.

I was at Vince’s living room table, working with Vince when he got the call from Vader. Bro, Vader was scared to death. He’s in prison in Kuwait. What do they do?

They’re not accepting his phone calls and they’re laughing about it like it’s a big joke.”

Vader revealed in an interview a few years before his death that the producer of the show told him to get physical with the host, as they wanted ratings and that the host was the producer’s friend.

#OnThisDay in 1997: Leon White, aka Vader, is detained in Kuwait after he attacks Bossam Al Otham, the host of Good Morning Kuwait.

The arrest comes after White took offense to Otham's questions about the legitimacy of wrestling, then assaulted the host & trashed the set. pic.twitter.com/hDyjpDcRAS

“I was acting under orders from the producer, not the agent in charge. But when I did what I did, the interviewer was caught off guard and was frightened.

The cops were called and I went to jail. I took the heat.

But the point is that it was a skit. They wanted to use this thing to increase ratings, but it just wasn’t the case.”

Vader is going to get inducted into the WWE Hall Of Fame Class Of 2022 on April 1st.

In December 1983, Sheik defeated Bob Backlund for the WWF World Heavyweight Championship, a title he lost a month later to “The Incredible” Hulk Hogan. The rest is history.

His last major match happened in 2001, when he won the famous ‘Gimmick Battle Royal’ at WWF WrestleMania X-Seven.

He was inducted into the WWE Hall of Fame in 2005 by his old rival Sgt. Slaughter.