This episode was pre-taped at the Georgia Mountains Center in Gainesville, Georgia and featured matches, interviews & storyline segments on the road to the ‘WCW Halloween Havoc 1998’ PPV.

• Vince McMahon Originally Planned A Crazy Finish For Seth Rollins vs. The Fiend At Hell In A Cell 2019

The Universal Championship Hell in a Cell match between Seth Rollins and The Fiend ended in a referee stoppage.

During the latest episode of WWE’s “The Bump”, WWE referee Rod Zapata explained why he decided to stop the Hell in a Cell match between Seth Rollins and The Fiend for the Universal Championship.

Below is a quote from Zapata:

“With Bray motionless and Seth clearly doing whatever it was going to take to win that match… I had to think of the competitor’s safety and at that moment I did what I thought was best.” 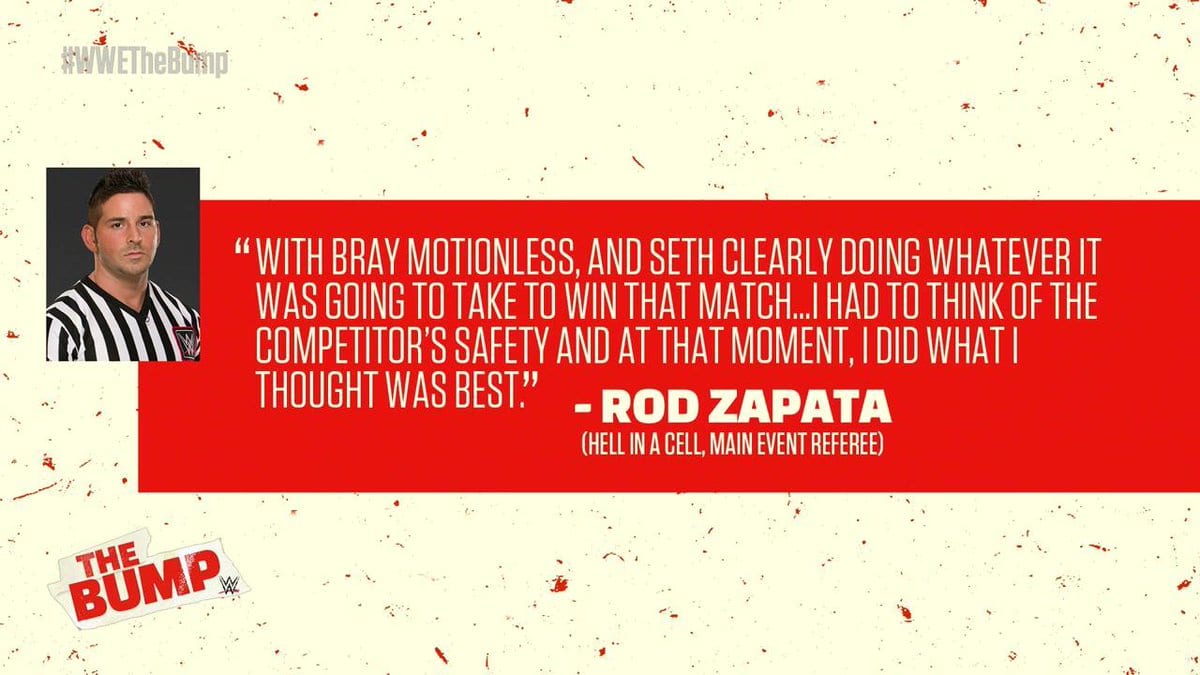 According to the Wrestling Observer, WWE had originally planned a crazy finish for this match:

“The original idea for the finish was that Wyatt would take a gimmicked bump off the top of the cage and be unable to continue and the match would be stopped. Then, after it was stopped, he would pop up like The Undertaker and take Rollins out with the Mandible Claw.”