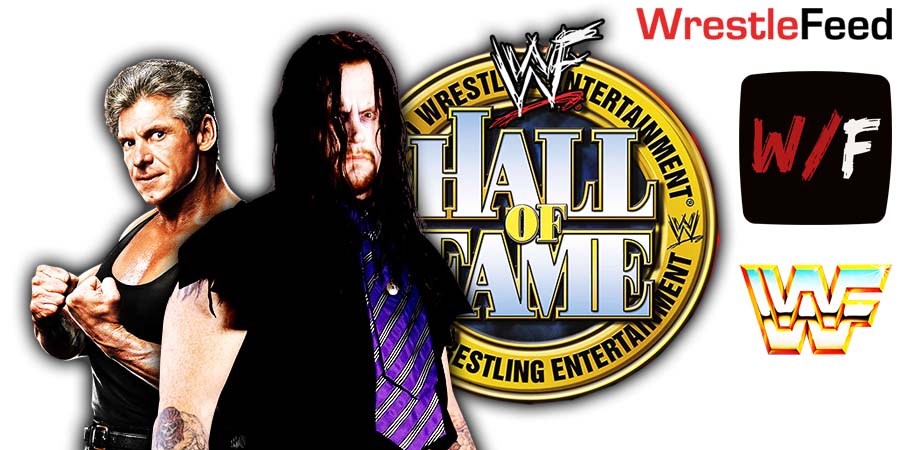 During his appearance on The Pat McAfee Show today, Vince McMahon revealed that he will induct The Undertaker into the WWE Hall Of Fame Class Of 2022 on April 1st.

Vince said that inducting The Undertaker into the WWE Hall of Fame will be one of the most difficult things in his life.

Pat asked why and Vince said he loves Taker. He got a little emotional while talking about their 30+ year relationship. Vince said Mark Calaway is an extraordinary human being and is someone who has been loyal, trustworthy and reliable for 3 decades.

"I'm gonna have the distinction of inducting The Undertaker into the Hall of Fame" ~@VinceMcMahon#PMSLive pic.twitter.com/qbC6XBEGjb

Vince also revealed that him and Mark never had a conversation about Undertaker jumping ship to WCW:

“Undertaker and I never had a conversation about him going to WCW. Not one. I never asked him. He never said anything about it. Not once.”

It was broadcasted from the Pepsi Arena in Albany, New York and featured pre-taped matches, interviews & storyline segments on the road to the ‘WWE WrestleMania 21’ PPV.