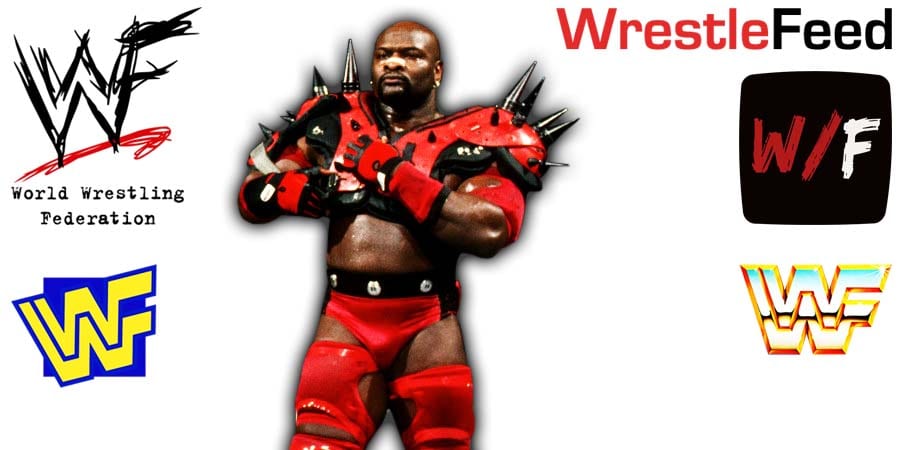 Former WWF Superstar Ahmed Johnson (Real name: Tony Norris) recently did an interview for SK Wrestling, in which he discussed not being inducted into the WWE Hall of Fame yet.

Ahmed Johnson wrestled for the WWF from 1995 until 1998, and became known as the first black Intercontinental Champion in WWF/E history, before having a brief run for Ted Turner’s World Championship Wrestling in late 1999 and early 2000.

In this new interview, Ahmed claims that Vince McMahon himself told him that he would never get inducted into the company’s Hall of Fame.

On why he’ll never be inducted in the WWE Hall Of Fame:

“It was that and other little things, but yeah, it was a lot of contractual differences.”

On who should induct him if he ever goes into the WWE Hall Of Fame:

“Let me see. Probably Al Snow. With Al, we just didn’t have a match. Al took me in and taught me a few things, you know. He was kind of an off-the-clock instructor.”

This episode was pre-taped in Bismarck, North Dakota and featured matches, interviews & storyline segments on the road to the ‘WCW Uncensored 2000’ PPV.

6. The Wall vs. Rick Fuller