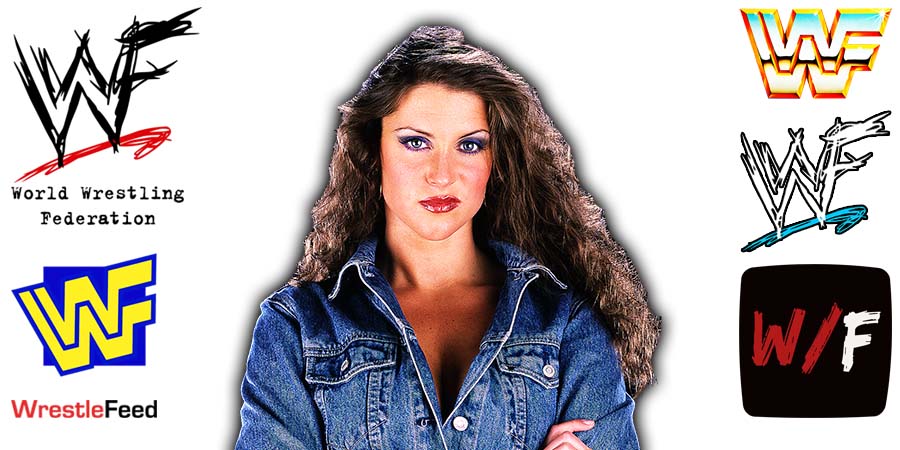 • Vince McMahon Told Stephanie McMahon That She Failed Him

Stephanie McMahon was recently interviewed on the SBJ I Factor podcast, where she explained a past scenario, that led to her father (Vince McMahon) telling her that she failed him.

“I think sometimes when you make mistakes, that’s when you grow. Not all the time. You can certainly grow without making mistakes. But I think that there’s a lot of positivity when you make a mistake. Because if you own it, first and foremost, you assess it, you study it, you learn why you made the mistake and how to correct it, and you make sure you don’t make that mistake again. But I think it could be very painful.

One key lesson that my father taught me, I was micromanaging. I was doing what I thought was right, I mean, all the best of intentions, but I really was absolutely micromanaging this particular team. My dad told me that I had failed him and it was a very, very hard, painful lesson, especially because he’s my father, not just my boss, right?

To think that I had failed him was something I took on so emotionally and it was painful for me and I think for a lot of people, making mistakes and doing things that you wish you didn’t do are painful. But you grow from them if you’re able to, and it is worth it.

It’s why I don’t have regrets in life. I’ve made mistakes, don’t get me wrong. I’ve definitely made mistakes. But I think I wouldn’t be who I am today if I hadn’t made those mistakes and had the opportunity to learn from them. I think that’s just so important.”

On camera, both Vince & Stephanie actually wrestled each other in an “I Quit” match at the WWE No Mercy 2003 PPV, which Vince won and Stephanie lost her position of General Manager of SmackDown.

It was pre-taped at the Air Canada Centre in Toronto, Ontario, Canada and featured matches, interviews & storyline segments on the road to the ‘WWE SummerSlam 2005’ PPV.

– No Holds Barred: JBL vs. Funaki