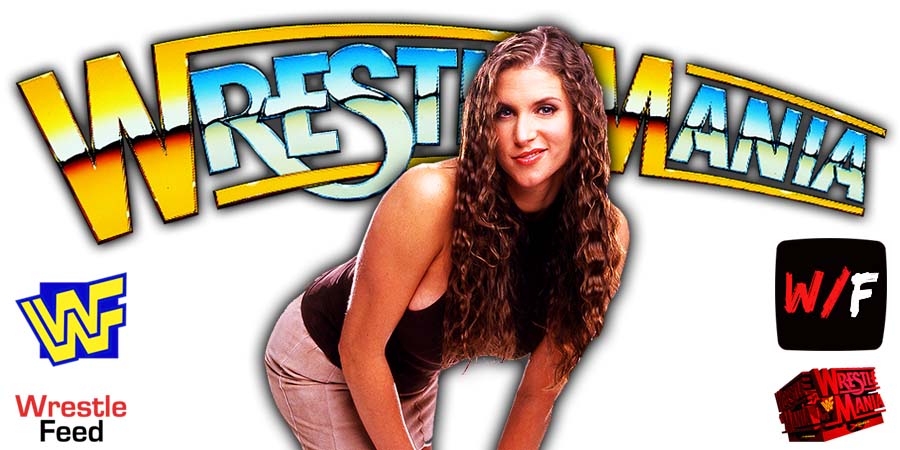 In the main event of WrestleMania 32 in 2016, Roman Reigns defeated Triple H to win the WWE World Heavyweight Championship.

During this match, Reigns hit Stephanie McMahon with a Spear in the ring.

During a recent interview on the Sports Illustrated Media Podcast, Reigns had the following to say about this moment:

“She took it like a champ. She did a great job, and I didn’t really pull any of the physicality out. She took a full-on spear, and that’s how you should do it in the main event of WrestleMania.

She was obviously a little bit sore and not very happy about that, but I think everybody after a main event of a WrestleMania is ecstatic of going through that process, and the adrenaline rush of the performance and then also celebrating a phenomenal moment with the live audience, everybody watching at home.

It was one of those things that I think she got over really quickly and enjoyed the success of being a part of that main event with her husband, Triple H. And then also I think, for her to be a part of that performance with her own father watching on, Vince McMahon, and seeing this whole spectacle go down and watching her be a part of the greatest live event in entertainment history, it was a special moment, I think for everybody.

I’ll say she wasn’t ecstatic, but I think she was happy with the moment, to be a part of that.”