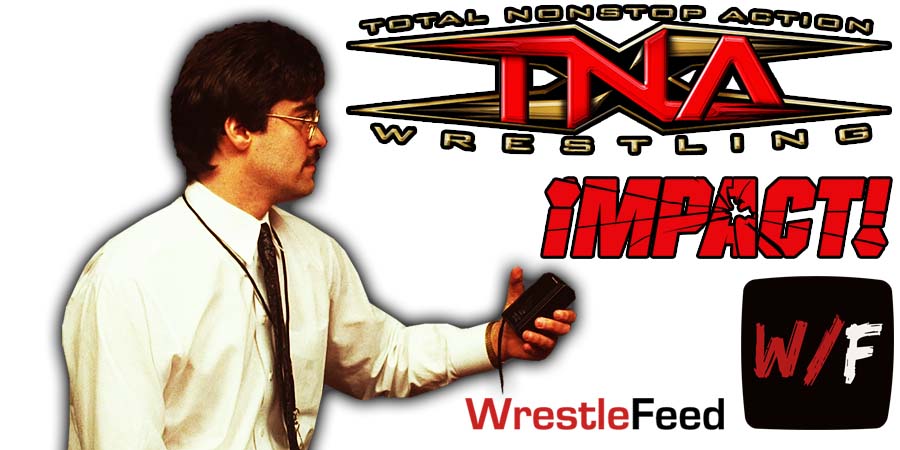 On the newest episode of his weekly ‘Something To Wrestle With’ podcast, Old School WWF Legend Bruce Prichard (aka Brother Love) revealed that TNA head-booker/writer Vince Russo wasn’t exactly a fan of Young Bucks and ended up not having any more ideas for them to appear on TV.

“The Young Bucks, when they were in TNA, came to me and said, ‘We can make more on the independents’. I knew that Russo did not have anything for them and was not high on them.

Bruce Prichard was a Backstage Agent and Producer in TNA at that time. He was later promoted to being the Head Writer and Senior Vice President of Programming & Talent Relations.

Also Read: Vince Russo Reveals A Secret He Kept For The Last 2 Years Regarding WWE RAW

– WWF Tag Team Champions The Brain Busters vs. The Bushwhackers