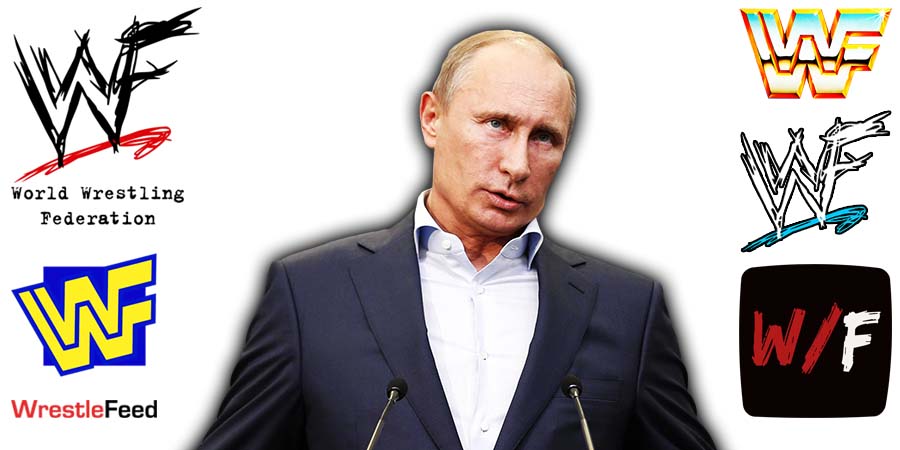 In 2017, Old School WWF Legend Jesse ‘The Body’ Ventura received his very own TV show ‘The World According to Jesse’ on Russia Today, but the show was discontinued in March 2022 because of the ongoing controversial Russia/Ukraine situation.

The former WWF Commentator was recently interviewed on an episode of Chris Jericho’s weekly ‘Talk Is Jericho’ podcast, where he confirmed that none other than Russia’s President Vladimir Putin gave him ‘Creative Control’ for the content of his show.

“I’ll admit this, I met Vladimir Putin before I signed. They flew me and my wife to Russia for the 10-year anniversary of RT. Putin was the keynote speaker. I met Mikhail Gorbachev that night too.

He came to me, held his hand out, said ‘Thank you, Governor’, called me by my title. And he said, ‘I want to assure you, you have total creative control and there will never be any interference in your show’.

And I said, ‘Thank you, Mr. President’. And Chris, I have to tell the truth. For 4 years, they never interfered in my show at all.

He was a man of his word, so I can only judge him by my relationship with him, and I’m trying to figure out who this guy is today.

What in the hell happened to him, because I got the feeling when I met him, he truly wanted to be our friend.

That was the vibes I got from him, and you know me Chris, I’m not too far off with my vibes, but this guy, whoever Putin is now, either he worked me like hell, and working a wrestler is tough to do.”

Apart from being a professional wrestler, being a color commentator, having roles in famous movies, such as Predator, The Running Man, Demolition Man and Batman & Robin … Jesse also became the Mayor of Brooklyn Park, Minnesota in 1990 and even the Governor of Minnesota in 1998.