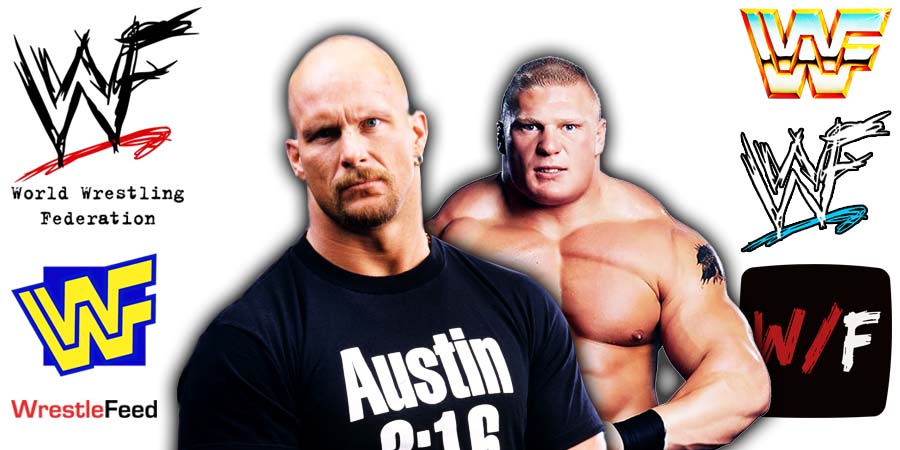 After losing the WWE Championship to Drew McIntyre at WrestleMania 36, Brock Lesnar returned to WWE at SummerSlam 2021 with a new look.

Fans absolutely loved this babyface run from Brock and his popularity rose to new heights with this change in character after almost 20 years!

It looks like wrestling fans weren’t the only ones that were impressed by Brock’s latest run in WWE. Old School WWF Legend Stone Cold Steve Austin was impressed too!

Here’s what Austin said about Lesnar’s babyface run during an interview with SK Wrestling:

“That babyface run he had right before WrestleMania 38! When you have this big mass of an alpha male, and he shows that vulnerability, and people just clamor to him.

He is a charismatic force of nature!”

Also Read: “That was the coolest thing” – Drew McIntyre On What Stone Cold Steve Austin Did Recently

This episode was pre-taped from the BJCC in Birmingham, Alabama and featured matches, interviews & storyline segments on the road to the ‘WWE NO MERCY 2003’ PPV.