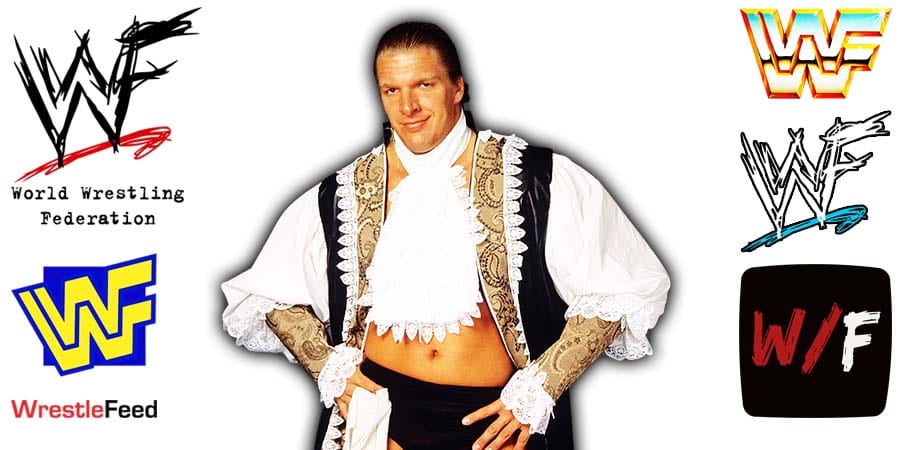 During an episode of the DDP Snake Pit podcast, former WCW World Heavyweight Champion Diamond Dallas Page revealed that he requested Triple H to stop using his finishing move in the 90s.

DDP saw Triple H hit The Cutter during a match in WWF and pick up the win with it, and called him to explain his situation.

The Game agreed to never use it again.

So one night I’ve got RAW on and Triple H hit that cutter out of nowhere and pinned the guy. I was like ‘no! Bastard! No, not him!’ There’s three guys who when I say have the craziest work ethics ever, me, him, and The Rock. I’m thinking ‘man if he takes that? I’ve got to call him.’ And I just pick up the phone.

Bottom line is I said, ‘You know bro, I’m just really starting to get this Diamond Cutter over. It’s giving me some serious momentum. I saw you do it the other night to beat a guy. And I get it and I don’t have the right to ask you, but you’re so so much younger than me. The Pedigree is amazing. If you wouldn’t use it anymore, I’d really appreciate it.’

He said ‘done deal’. That was the last time he ever did it.”