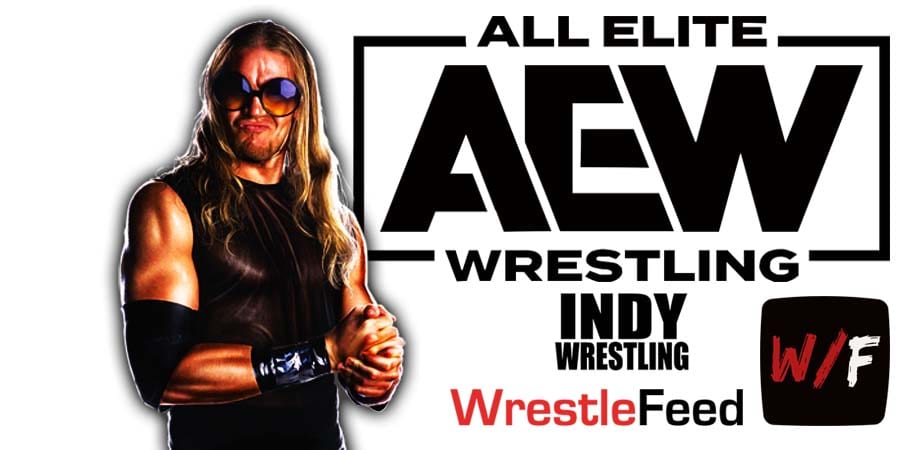 Christian came out of retirement as a surprise entrant in the 2021 Royal Rumble match and then joined Tony Khan’s All Elite Wrestling under his old TNA name Christian Cage, where he recently turned from a babyface to a heel.

Here’s what Disco Inferno had to say about Captain Charisma:

“Christian has been botched. Bro, the guy was a former World Champion in multiple organizations and had way more value than they’ve given him when he came in, just on his name alone and his resume.

He’s a good talker, and for some reason, you would never know that if this is the only thing you saw of Christian was in AEW because their backstage segments with Jungle Boy and then Luchasaurus are not entertaining every week.

I kind of put a little bit of blame on him for not owning his performance on the show. Like, if he is gonna do a minute and a half backstage, I would be taking the time [say], let’s steal the show.

The guy’s getting paid a lot, and he’s lost in the shuffle, doesn’t like his creative, and goes through the motions with it.”

You can watch Christian’s heel turn below:

It was taped at the Center Stage Theatre in Atlanta, Georgia and featured pre-taped matches, interviews & storyline segments on the road to the “WCW Beach Blast 1993” PPV.