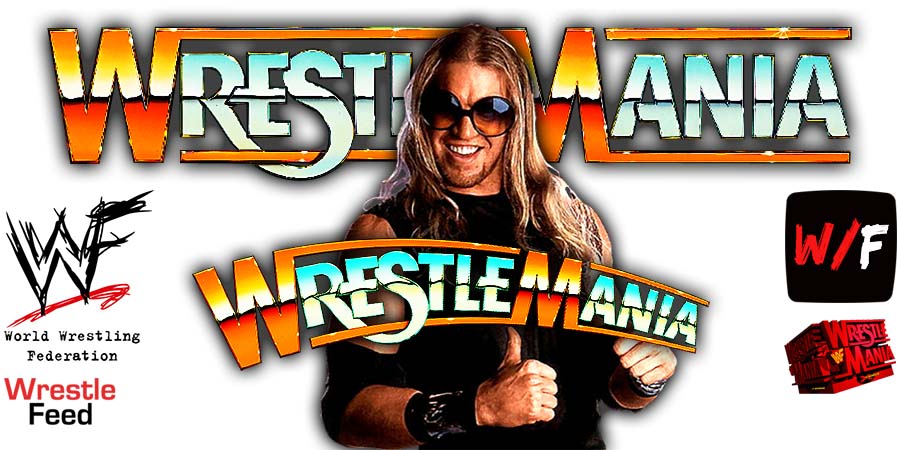 Christian appeared on The Extreme Life of Matt Hardy podcast and discussed the original plan for this match.

On the original plan being for E&C to split after losing at WrestleMania 2000:

“I think maybe a few days before we actually sat down to put [the match] together, we didn’t even know what the finish was.

At one point, it was somebody else winning, and Edge & Christian, we’re splitting up after this.

On him & Edge doing Commentary leading to their tag team being saved:

“They told us to say whatever we wanted and Adam and I started dropping F-bombs. We weren’t supposed to — we were supposed to lose and that changed the minds.

They were like, ‘Oh, these guys aren’t done yet. There’s more layers, as a tag.’

Then they decided to have us win the match and then turn heel because they saw some personality there when we were doing that promo.

Then, we did a couple of things on commentary and that was kind of the thing that saved Edge and Christian as a team because we were going to split up after this.”

It was broadcasted from the Bryce Jordan Center in State College, Pennsylvania and featured matches, interviews & storyline segments on the road to the ‘WWF Backlash 2000’ PPV.

6. The Big Show vs. Chris Benoit