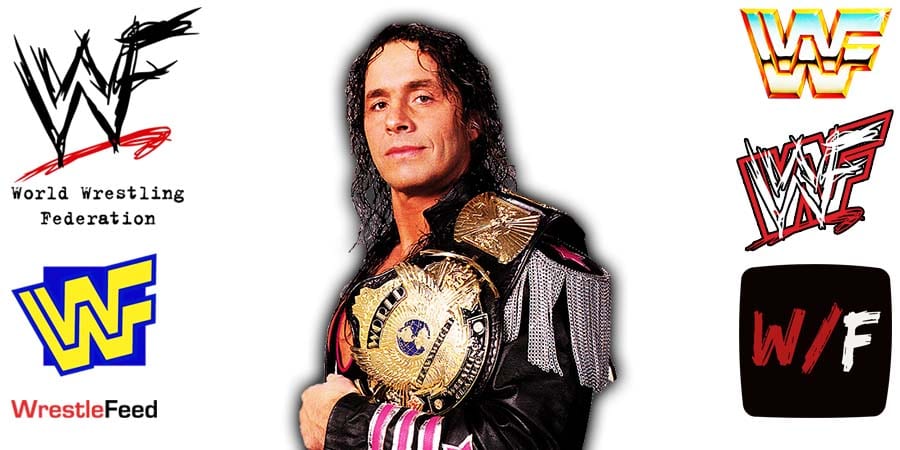 During a recent appearance on “After 83 Weeks with Christy Olson” podcast, WWE Hall of Famer Eric Bischoff talked about his relationship with fellow Hall of Famer Bret Hart.

The Hitman once said the following about Bischoff in the past:

“Eric Bischoff is an idiot. Total, complete idiot. Maybe the single stupidest idiot that ever got into wrestling. I could sit here for too long and talk about all the stupid things… a guy who never came through on anything he said.”

Bischoff noted that he respects Hart, but they’ll never get along together:

“I respect Bret. We’re never going to get along, we’re never going to sit down and break bread – unfortunately. I would. I have nothing against Bret. I like Bret. There’s things that Bret says and does that I wish he wouldn’t say and do, but that’s Bret.”

Today would have been the 59th birthday of Old School WCW/WWF Legend “The Loose Cannon” Brian Pillman.

After becoming a member of the ‘4 Horsemen’ in WCW, and a short stint in Paul Heyman’s ECW, Brian became a member of the 1997 heel WWF stable ‘The Hart Foundation’, along with his close personal friends Bret Hart, Owen Hart, Davey Boy Smith & Jim Neidhart.