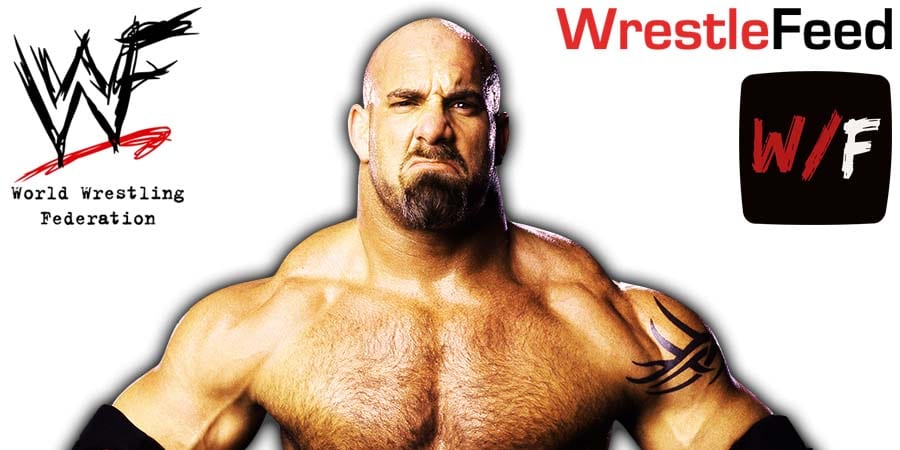 • What Does Vince McMahon Think About Negative Reaction Towards Goldberg On Social Media?

Goldberg virtually showed up on WWE programming on this past Friday’s Season Premiere episode of SmackDown on the ThunderDome screen, where he was seen watching the Universal Championship match between Roman Reigns and Braun Strowman.

Inside The Ropes is reporting that the short appearance from Goldberg was to give a boost to SmackDown’s ratings and to plant seeds for a possible match against Roman Reigns during the WrestleMania 37 season.

WWE always wanted to have Reigns vs. Goldberg and it seems like they still want to do it. It was originally scheduled to happen at WrestleMania 36, before Reigns pulled out of the event.

Apparently, WWE was planning to use Goldberg at Crown Jewel 3 this year, but the company couldn’t travel to Saudi Arabia because of the Coronavirus pandemic. He would’ve wrestled a third match this year even though he’s obliged to wrestle 2 matches per year.

It was also noted that “Vince McMahon couldn’t care less what anyone thinks about him using Goldberg”, which comes after negative reaction towards Goldberg on Social Media (especially after Bret Hart’s comments). Vince thinks Goldberg still has value to his name and can be used as a special attraction for big events.

The WCW Legend has already fulfilled the condition of wrestling two matches in his contract this year, as he wrestled against “The Fiend” Bray Wyatt at Super ShowDown and Braun Strowman at WrestleMania.