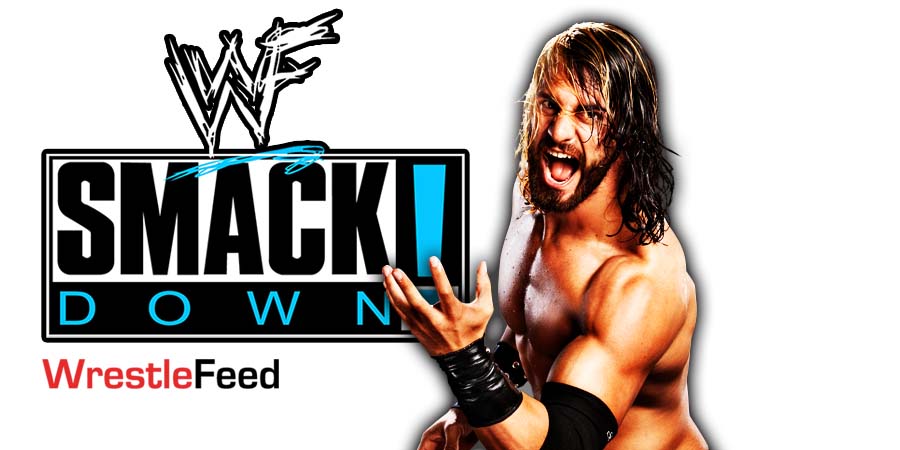 In the main event of tonight’s SmackDown, The Usos defeated The New Day in a Street Fight to retain the SmackDown Tag Team Championship.

After this match, a backstage segment was shown where Seth Rollins entered Roman Reigns personal locker room and laughed, thus implying that Adam Pearce selected him to face The Tribal Chief for the Universal Championship at Royal Rumble 2022.

After SmackDown went off the air, Rollins came out to the ring and got attacked by The Usos.

However, Rollins ended the night by laying out The Bloodline members. You can watch it below:

It was broadcasted from the Madison Square Garden in New York City, New York and featured matches & storyline segments on the road to the ‘WWF Royal Rumble 2002’ PPV.