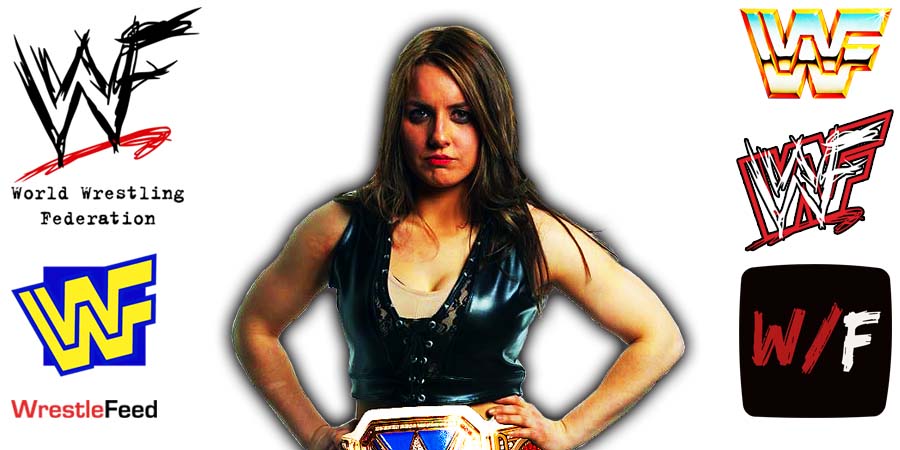 As seen in the main event of this week’s RAW, Nikki A.S.H. successfully cashed-in her Money In The Bank contract on Charlotte Flair to win the RAW Women’s Championship.

Nikki appeared on this week’s episode of WWE’s The Bump, where she talked about the backstage reaction to her Title win.

“I got to the back…the whole locker room was in gorilla, they hoisted me up and bounced me around. We have the video of it somewhere. It was such an amazing moment.

My peers, my family…I spend more time with these women than I do with my actual family. They’re like family to me. They all (moves her hands up and down) crowd-surfed, I don’t know. Sarah Schreiber and Shane [Helms] were the first two people (to congratulate me).

It’s such a fantastic feeling. It shows that I did something right. You look back on the last 13 years when I first walked into a training school to become a WWE Superstar 13 years ago. 13 years of traveling and trying to become the best version of myself I could be.

For me, having the respect and the support and the love…don’t set me off because I have my makeup done (she laughed).”

You can watch her Title win and celebration below:

It was broadcasted from the Metro Centre in Halifax, Nova Scotia, Canada and featured matches, interviews & storyline segments on the road to the ‘WWF SummerSlam 1997’ PPV.

3. The Godwinns vs. The New Blackjacks vs. The Headbangers

4. The Patriot vs. Hunter Hearst Helmsley