The second last SmackDown before Money In The Bank 2020 was taped last Saturday at the Performance Center. The show is going to air tonight.

Last week’s show featured a brawl between some of the Tag Teams, while Lacey Evans and King Corbin qualified for their respective Money In The Bank Ladder matches. Tamina took out SmackDown Women’s Champion Bayley as well. The history of Braun Strowman and Bray Wyatt was shown, with the show ending with Triple H’s 25th anniversary celebration. 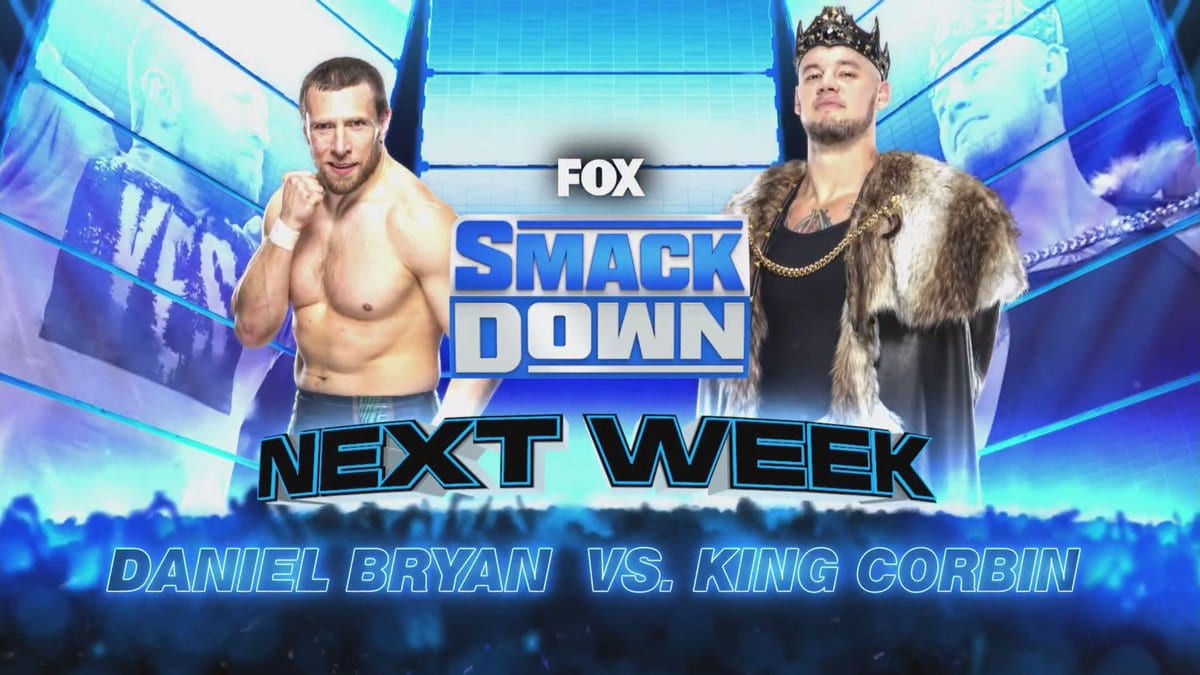 The first two participants from SmackDown to qualify for this year’s Money in The Bank Ladder match will face off tonight. Daniel Bryan defeated Cesaro to qualify a few weeks ago, while King Corbin defeated Bryan’s friend, Drew Gulak, last week to qualify.

Corbin won last week after Shinsuke Nakamura and Cesaro interrupted during the match to take out Gulak and Bryan.

Tonight, Bryan will be looking to complete the job Gulak couldn’t. Bryan will most likely get the victory to head into Money In The Bank as a favourite.