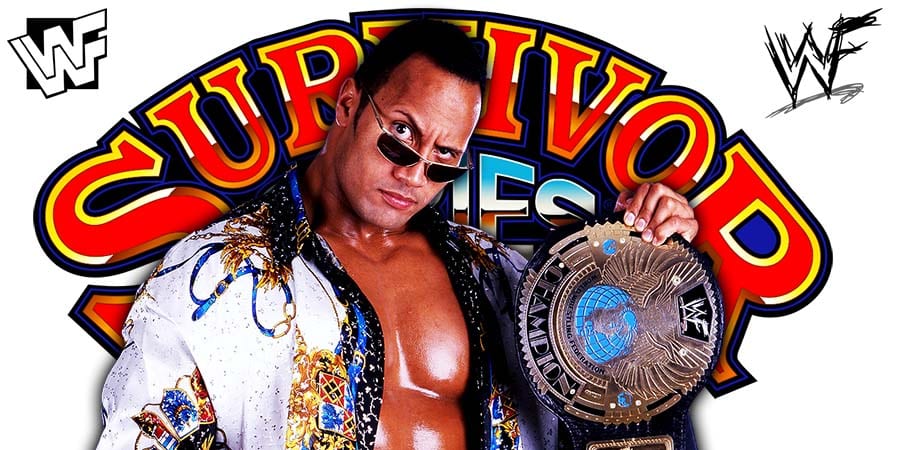 • When Did The Plan For The Rock’s Return At Survivor Series 2021 Get Cancelled?

As we have noted before, The Rock was originally scheduled to appear in person at the Survivor Series 2021 PPV for his 25th anniversary.

According to Andrew Zarian, this plan got nixed in September, but the WWE was still obligated to promote Rock’s movie Red Notice:

“In July, I was told that the Brooklyn, New York, pay-per-view would be centered around [Dwayne] Johnson. Between heavily promoting his new Red Notice movie on Netflix, the 25th anniversary of his WWE debut that took place in New York City, NBC’s renewal of Young Rock, and the second season of the Ruthless Aggression documentary series, the timing was perfect.

In late-September, the same source told me that Johnson would not be on Survivor Series due to his filming schedule and needing to quarantine for travel.

However, there was still a financial obligation to continue with the plan for the movie promotion without Johnson which is what we saw. The basic concept stayed the same, minus Johnson himself.”

As seen during a backstage segment between Vince McMahon and Roman Reigns, seeds were planted for a future match between Rock & Reigns.

There were rumors that this long awaited dream match could be happening at WrestleMania 38, but there have also been reports that WWE wants to save it for WrestleMania 39 (WrestleMania Hollywood) in 2023, which would give enough time to The Rock to get in ring shape and clear up his filming schedule.

Also Read: “He came back and wanted to help elevate me” – RAW Wrestler On The Rock

Today would have been the 83rd birthday of Old School Wrestling Legend “The Big Cat” Ernie Ladd.