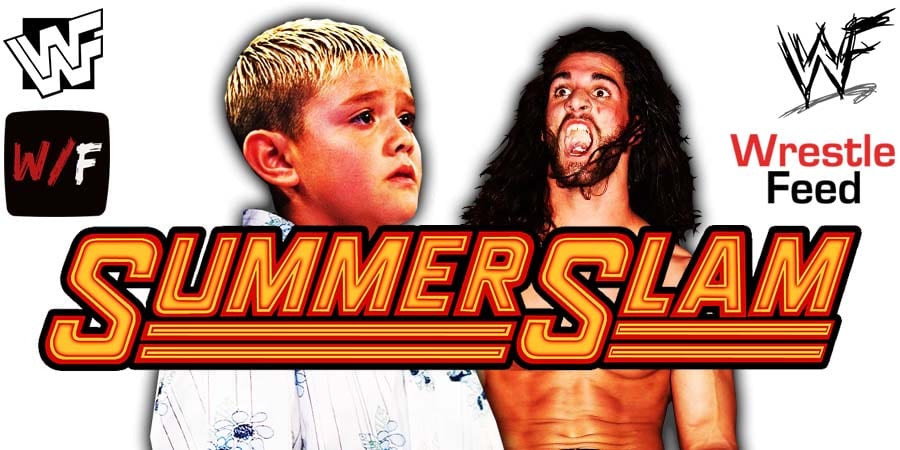 On this day in Pro Wrestling history on August 21, 1997, Ted Turner’s World Championship Wrestling aired ‘WCW Clash Of The Champions 35’ LIVE on TBS from the Nashville Municipal Auditorium in Nashville, Tennessee.

This ended up being the last ever ‘Clash of the Champions’ event in World Championship Wrestling history.

• Who Chose Dominik Mysterio As Seth Rollins’ Opponent At SummerSlam?

Before their match at SummerSlam this Sunday, Seth Rollins and Dominik Mysterio sat down for an interview with ESPN to discuss it.

The Monday Night Messiah revealed that he himself picked Dominik as his opponent at SummerSlam.

“Everyone was kind of leaning towards the idea of Dominik. I didn’t even think twice about it. I think it’s a sign of good faith that the company, the people in charge, felt like I was capable of giving this kid his first match on a huge platform.

Did he get the opportunity because he happened to be born to Rey Mysterio? Yes, but has he knocked it out of the park every week since he’s been given the chance? Yes, he has. I’m a guy that’s had a completely different story from Dominik. I had many matches for years before I got opportunities to make a dime wrestling or work in front of a crowd or a big stage.

If anybody should have ill will towards Dominik for being handed this opportunity, quote unquote, it would be me. But I don’t. Everybody’s got a different path. He is not taking that lightly. He’s making the most of the opportunities that have been given to him.”