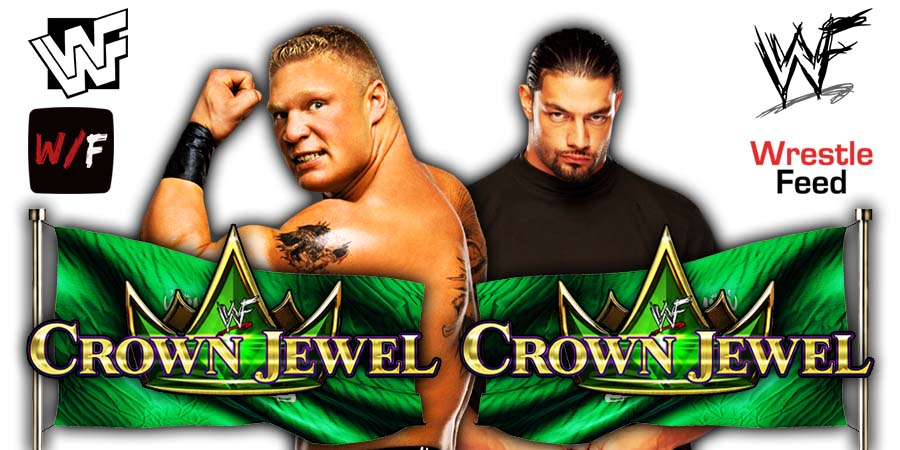 • Who Is The Betting Favorite For The Crown Jewel 2021 Main Event?

WWE Legend Brock Lesnar will face Roman Reigns for the Universal Championship in the main event of next month’s WWE Crown Jewel 2021 pay-per-view in Saudi Arabia.

It will be interesting to see whose side Paul Heyman will be on, because he’s actually managing both opponents, yet Brock attempted to F5 him on a recent episode of SmackDown in Madison Square Garden.

According to the betting provider ‘BetOnline’, The Tribal Chief is currently the betting favorite to defeat The Beast to continue his lengthy Universal Championship reign.

Here are the current odds:

It was pre-taped in State College, Pennsylvania and featured mid-card matches on the road to the ‘WWF No Mercy 2000’ PPV.

– Lo Down vs. Kaientai vs. Too Cool