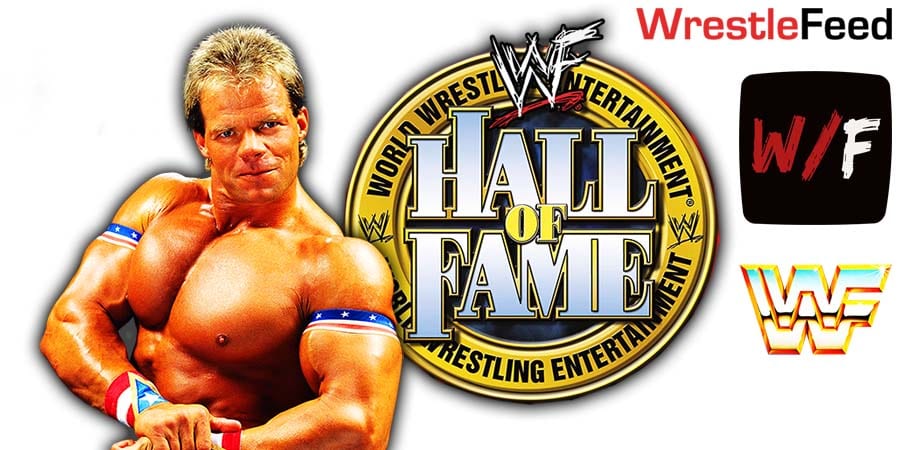 • Why Is Lex Luger Not In The WWE Hall Of Fame Yet?

On the latest episode of his weekly ‘Grilling JR’ podcast, Jim Ross stated that WWF/WCW Legend Lex Luger deserves to be inducted into the WWE Hall of Fame.

Earlier this year, other professional wrestling names, including Mick Foley and Corey Graves already said the same thing regarding a potential Lex Luger induction in the future.

Here’s what Good Ol’ J.R. had to say regarding a Hall of Fame induction for Luger and why it hasn’t happened yet:

“I believe that Lex Luger will be in the WWE Hall of Fame. I think it will be a popular decision when it occurs because he will be allowed his two or three minutes he’s allocated, which we’ve talked about before is ridiculous. Don’t induct so damn many people. Have a manageable number of people so that they have the appropriate time using common sense, logic, to tell their story.

He’s got a hell of a story to tell so I believe Lex will be in the WWE Hall of Fame at some point in time, that’s just my take on it. I don’t have any insider knowledge or any of that sh*t. I think cooler heads will prevail at some point in time and he’ll be inducted. I think the burning of the brides, how he conducted himself on his exit, things like that contributed to him [not getting in].

If they want to tell stories and they want a visual, Lex is obviously, thank god, still alive. Here’s a guy that will be rolled onto the stage to tell his story, he’s in a wheelchair. If you’re looking for a story, this could be a great story and a story of success because Lex found true happiness in his faith.

I think that he’ll be in and I think it will be a great induction, I truly believe that. I think that some old wounds just don’t heal as quickly as others, when you embarrass the company to some degree. Vince put the Warrior in, so I don’t know that Lex did anything more egregious by a long shot than what Warrior did to WWF. It is a no brainer.

Vince is smart enough to know, he doesn’t like posthumus inductions. It’s a story, it’s a real story that he didn’t write. Deserving, tenure, I just think there’s a lot of reasons that you would do it but we’ll see.”