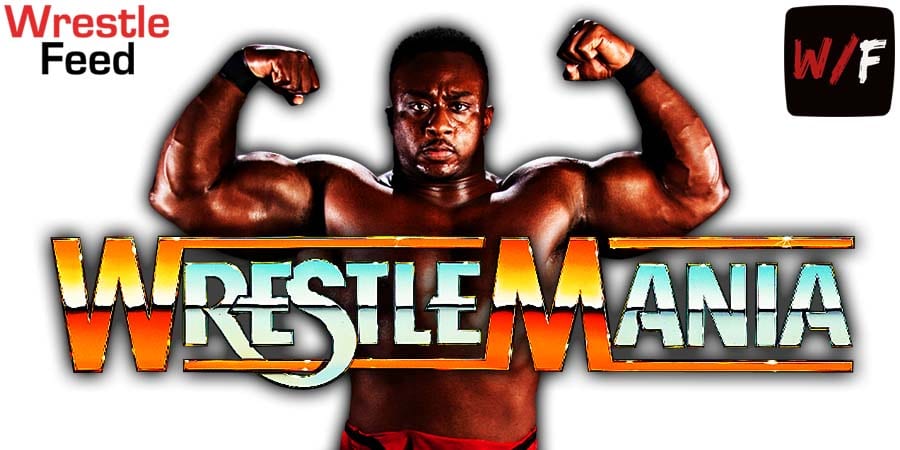 • Will Big E Appear In A Non-Wrestling Role At WrestleMania 38?

However, Big E broke his neck a couple of weeks ago on SmackDown.

Big E went on to reveal that he narrowly escaped a stroke, paralysis or death.

During an interview with Bart Winkler, Kofi said that Big E is doing fine and will recover, but he won’t appear at WrestleMania 38, not even in a non-wrestling role.

“Yeah, man, with regard to E, for those who don’t know, he actually broke his neck a couple of weeks ago. And luckily, you know, I say, luckily, but, you know, he fractured his C1 and C6 and it wasn’t any worse than that.

He didn’t have any spinal cord damage, he didn’t have any misalignment. He is moving around pretty well, all things considered. and it’s now just a matter of rest and recovery, he will not be available for WrestleMania, for sure, I can guarantee you that.”

It was broadcasted from the Corel Centre in Ottawa, Ontario, Canada and featured pre-taped matches & storyline segments on the road to the ‘WWF Backlash 2002’ PPV.

– The Big Show & Kane vs. The Dudley Boyz

– Val Venis vs. vs. Lance Storm