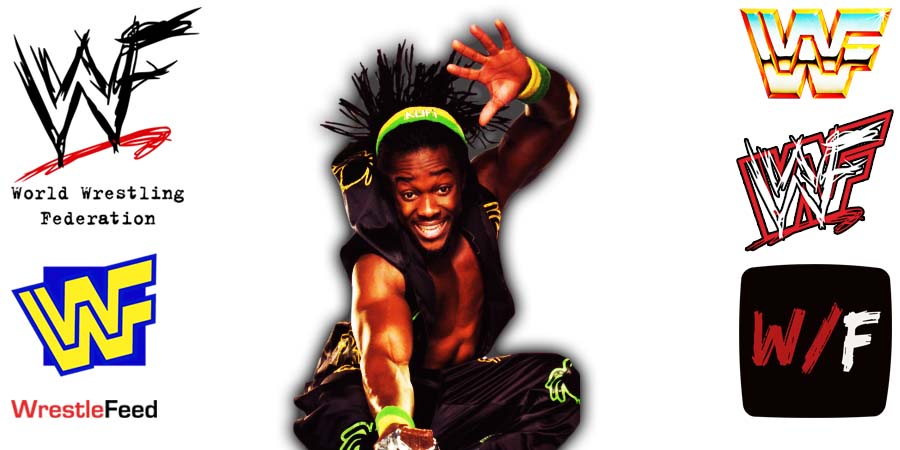 AEW introduced the Trios Championship for 3-man teams this year, and some fans are wondering if WWE will introduce Trios Titles as well.

During an interview with NBC Sports Boston, former WWE Champion Kofi Kingston was asked if WWE will ever introduce the Trios Titles.

Below is what The New Day member said:

“Anything is possible. I feel, like you said, there’s a lot of trios going on – Sheamus and The Brawling Brutes, The Bloodline, The New Day too.

We see how (Big) E does in coming back. He’s getting a lot better too for those who are concerned and what not.

He was actually roller skating the other day. I was like ‘Oh my God, is he okay? You’re alright man?’ He’s coming along and he’s in great spirits.

We’re just kind of taking it one day at a time but I think a Trios Title would be interesting, it would obviously be something that has never been done before in WWE so who knows. You gotta stay tuned and watch to find out.”

The Andersons vs. The Mulkeys