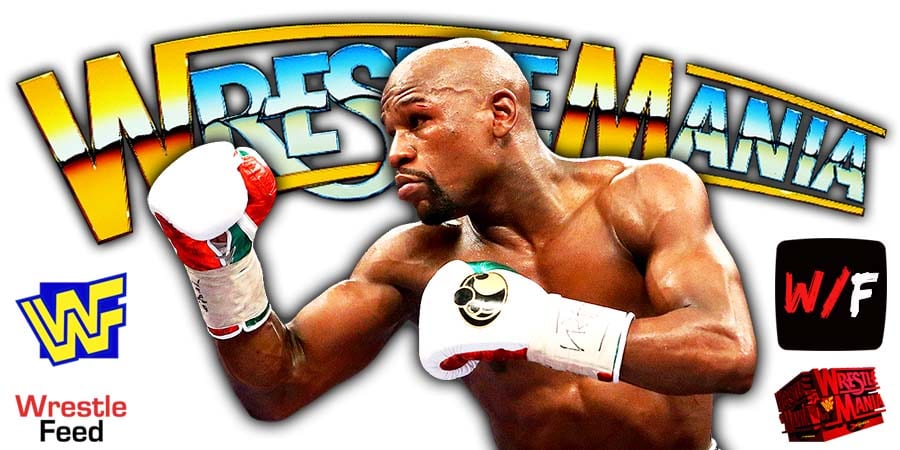 • WrestleMania 24 Removed From The WWE Network

The WWE Network has all of WWE’s old pay-per-view events, but for now, fans can’t watch WrestleMania 24 from 2008.

While WWE didn’t provide any reason for this and are saying that they are working on the issue, there’s some speculation going on regarding why this happened.

WrestleMania 24 featured Boxing Legend Floyd Mayweather’s first and only WWE match, against The Big Show, which he won.

During his entrance for the match, Floyd used 50 Cent’s “I Get Money” song. In 2010, one of the producers for this song sued WWE and Floyd for using the song, but wasn’t able to prove that WWE or Floyd ended up making money by the direct use of that song.

Speculation going on right is that someone related to the production of this song sued WWE again and that’s the reason behind WWE temporarily removing WrestleMania 24 from the Network.

Word going on is that WWE might change Floyd’s entrance song when then upload the entire PPV on the Network again (something that they have done in old PPV events, especially with ECW PPVs).

You can watch quick highlights from WrestleMania 24 below:

During his NWA feud against “Boogie Woogie Man” Jimmy Valiant, he was known as Shaska Whatley, before turning into a WWF jobber in 1990 & 1991 and later returning to WCW, where he eventually ended up becoming a coach in the famous WCW Power Plant.