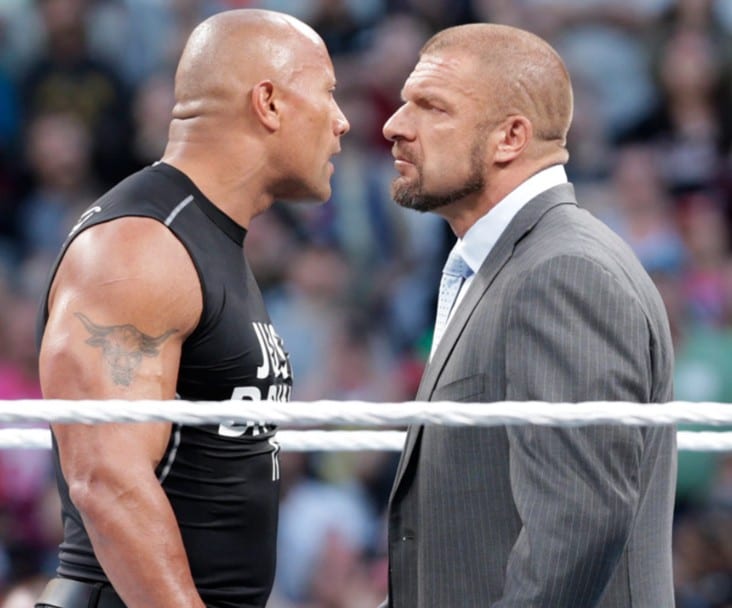 As we noted before, WWE was looking to do a mixed tag team match at WrestleMania 32 featuring The Rock teaming up with Ronda Rousey to take on the team of Triple H and Stephanie McMahon. However, that plan has been cancelled as of now. WWE is now shifting back to its original plan of doing a singles match between The Rock and Triple H next year at WrestleMania 32. This would go along with the Stephanie McMahon vs. Ronda Rousey singles match, if the officials are able to work out a deal with UFC. WWE was planning on doing a Brock Lesnar vs. The Rock rematch next year at WrestleMania 32 but that match has been scrapped as well. The segment between The Rock and Triple H in 2014 on SmackDown was done so that they could build a match between the two legends at either WrestleMania 31 or WrestleMania 32.