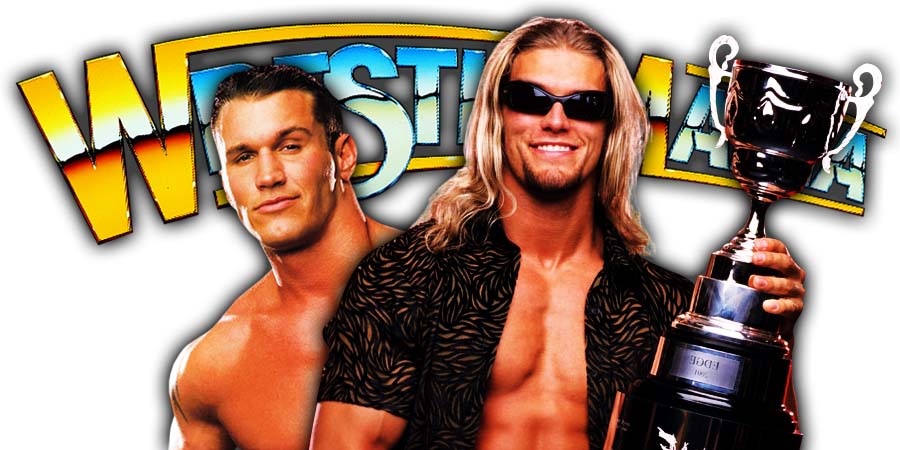 Up next is Dolph Ziggler vs. Otis. Ziggler makes his way out first and Sonya Deville is accompanying him.

Otis makes his way out next and he’s alone. Otis rushes into the ring and Ziggler immediately leaves.

Otis dominates Ziggler and Sonya tries to interfere. Ziggler takes advantage of this and hits Otis with a low blow.

Mandy Rose then comes out and slaps Sonya. Mandy then low blows Ziggler!

Otis then pins Ziggler to win the match after hitting his finisher.

Otis then lifts Mandy and they both kiss. You can watch it below:

Up next is the Last Man Standing match. WWE Hall of Famer Edge makes his way out first.

Randy Orton’s music hits next. Edge is waiting and Randy Orton is dressed as a cameraman and enters the ring from behind and RKOs Edge out of nowhere!

Orton removes his cameraman outfit, the match begins, and Orton hits another RKO.

The brawl soon reaches to the backstage area and to the Gym area of the WWE Performance Center.

.@EdgeRatedR just had an idea…

While Orton & Edge are brawling backstage, a cameraman falls down after bumping into Edge.

.@EdgeRatedR coming up big with another diving elbow!

"You don't need to count. I'll tell you when to count."@RandyOrton is in complete control of this #LastManStanding Match. ? #WrestleMania pic.twitter.com/KqI9cX371j

Edge and Orton are on top of a production truck now. Orton goes for the Punt, but Edge nails a Spear!

Edge hits Orton with a Con-Chair-To and Orton is unable to get up as the referee counts to 10.

The Rated R Superstar is victorious in a singles match after 9 years!