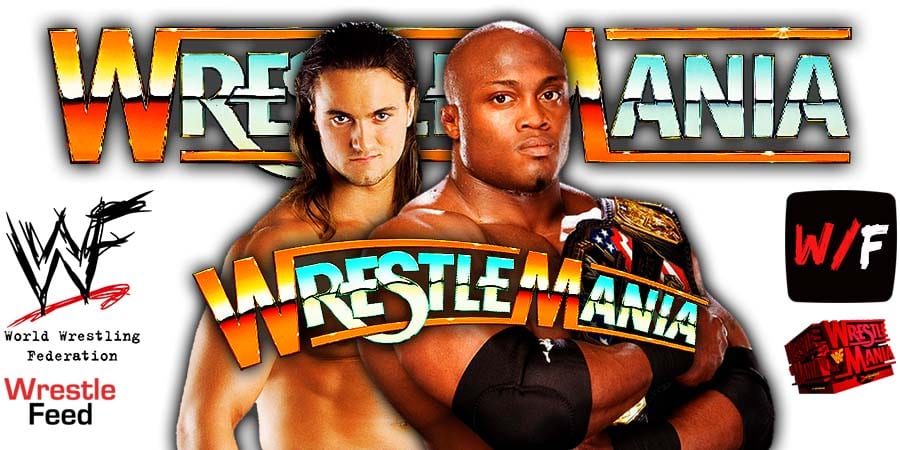 After Vince McMahon and the entire WWE roster welcomed back the fans, there’s a little rain delay at Raymond James Stadium at WrestleMania 37.

MVP then talks about how Lashley is going to take out Drew McIntyre and McIntyre interrupted their interview.

McIntyre said if they have to fight backstage, then he’s ready to do it right here, right now! WWE Producers then separated both men.

We have been told that fans have been sent indoors once again due to the rain.

Michael Cole just announced that action is set to begin in 5 minutes at WrestleMania 37.

Seth Rollins got interviewed next and he announced that he’s the new Mr. WrestleMania.

The fans are back in the Raymond James Stadium and we are moments away from the first match of the night.

The hosts of WrestleMania 37 come out next – Titus O’Neil and Hulk Hogan! Hogan, who is officially a two-time WWE Hall of Famer now, gets a big pop from the crowd.

They fire up the fans and hype up the WWE Championship match.

Drew McIntyre makes his way out next for the first match of the night! McIntyre gets a big pop from the crowd and the commentator put him over for carrying WWE during the pandemic era!

WWE Champion Bobby Lashley and MVP are out next.

The commentators are doing their job while standing in front of the announce table during this match. It looks like their chairs are wet from the rain.

After some decent back & forth action, McIntyre tries to hit the Claymore, but Lashley turns it into a Spinebuster!

McIntyre gets up from it and says “bring it b*tch” and they start fighting again.