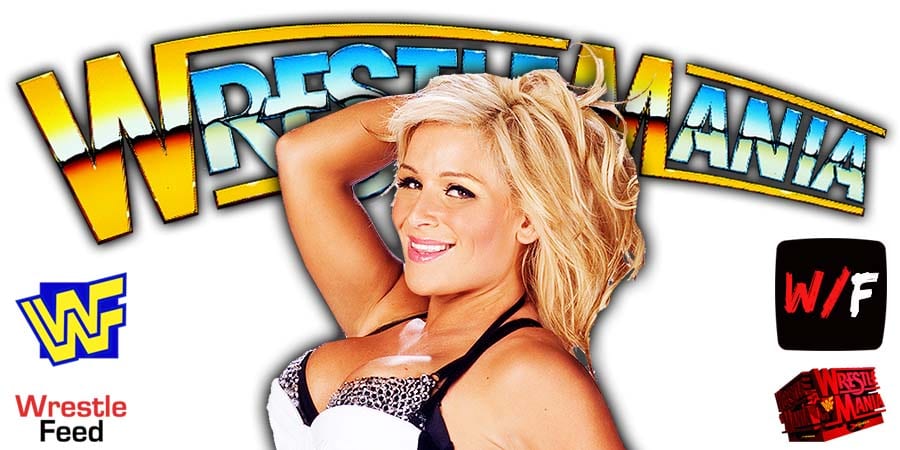 Up next is the WWE Women’s Tag Team Championship match. Nia Jax & Shayna Baszler will defend their Titles against the team of Natalya & Tamina.

During this match, Shayna showed her brutality and vicious knee shots to Natalya’s face.

Shayna knocked out RAW Women’s Champion Asuka’s teeth earlier this year during a match on RAW.

Nia almost put away Natalya with a spinebuster, but Tamina broke up the pinfall attempt.

Tamina hits Shayna with the Samoan Drop and goes for the cover, but Shayna kicked out.

Nia then slapped Tamina after calling her a b*tch and Tamina bodyslammed her. Tamina goes for the cover, but Nia kicked out.

Tamina goes for a Superfly Splash on Nia, but Nia gets out of the way just in time.

Natalya puts Nia in the Sharpshooter despite Shayna being the legal woman and Shayna locks in her submission move on Natalya and wins the match for her team.

SPOILER: Up next is a spoiler update, so if you don’t want to read, go back!

According to Fightful Select, a crash pad has been set up behind the pirate ship, which means someone is going to take a big bump off the pirate ship.

Kevin Owens has noted in the past that he wants to do it, so let’s see.