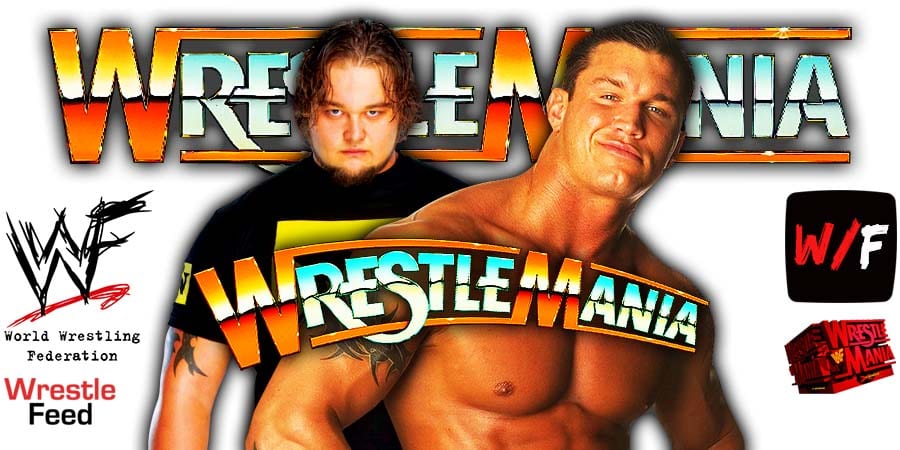 Night 2 of WrestleMania 37 is airing live from the Raymond James Stadium in Tampa, Florida.

The first match of the night is next and out comes 14 time WWE World Heavyweight Champion Randy Orton.

Alexa Bliss comes out next and there’s a big box in front of the ring and The Fiend comes out of it. The Fiend is no longer burned.

The Fiend jumps right into the ring with a clothesline to Orton! Fiend then snaps Orton’s neck.

The Fiend then paid tribute to the late Luke Harper by shouting “Yeah! Yeah! Yeah!”

Fiend looks to hit Orton with a Punt Kick, but Orton gets out of the ring. This match is happening under red lights.

Orton lays out Fiend in the ring with his vintage DDT. Fiend takes down Orton with a Crossbody and begins pounding Orton.

Fiend goes for a senton, but Orton moves out of the way. Orton sends The Fiend outside the ring, he tries to enter the ring through the ropes and Orton kicks him and hits his vintage DDT from the ropes again.

Orton goes for the RKO, but Fiend locks in the Mandible Claw, but Orton fights out of it.

Fiend is looking to hit Sister Abigail, but the fire pyro goes off and Alexa Bliss is pouring black liquid out of her head.

What has become of @AlexaBliss_WWE? #WrestleMania pic.twitter.com/tkGHSfybyF

The Fiend looks concerned and Orton RKOs Fiend and wins!

The lights then go off and they’re both gone.