According to PWInsider, former WWE Producer Pat Buck has joined AEW as a Producer.

He worked as Producer backstage on last night’s Dynamite. He was backstage at last week’s Dynamite too.

Pat left WWE because he wanted to focus on his family, which he was having difficulties with due to his hectic WWE schedule. AEW’s schedule is much lighter than that of WWE, so that’s most likely the reason he joined All Elite Wrestling.

Pat told people backstage that he achieved his goal of producing the main event of the biggest WWE show of the year, so now he can leave in peace.

He was also working in WWE Talent Relations, where he helped WWE book indy wrestlers as extras on WWE programming.

If you’ve never seen Pat before, below is a photo of him appearing during a Sheamus – Drew McIntyre segment on RAW in 2020: 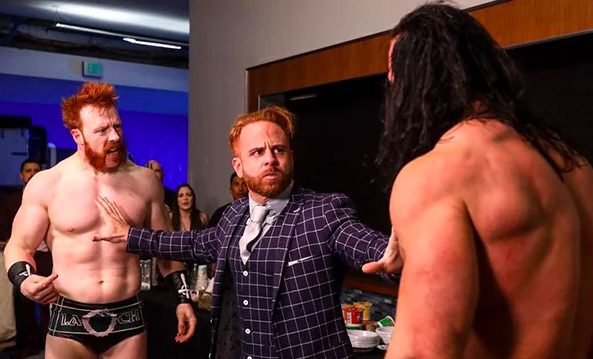 It was pre-taped at the Ice Palace in Tampa, Florida and featured pre-taped matches & storyline segments on the road to the ‘WWF Backlash 2000’ PPV.

8. The Kat & Mae Young vs. The Fabulous Moolah & Terri Runnels