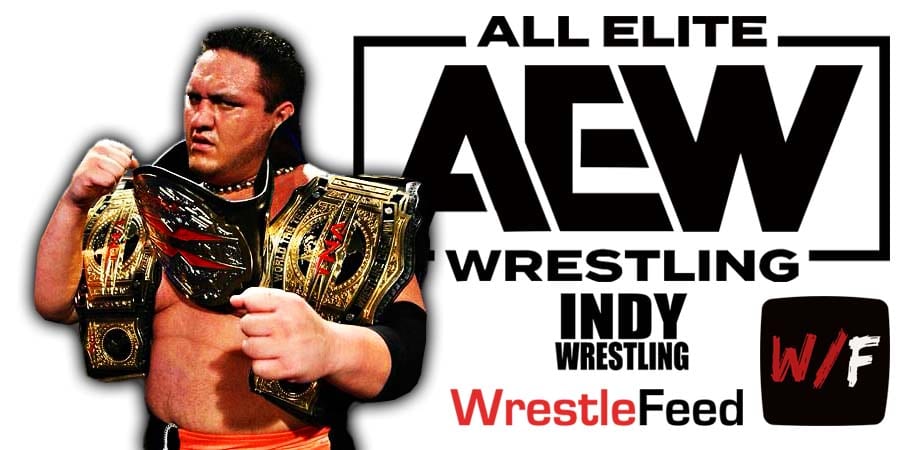 Wardlow said he will keep screwing over MJF and won’t stop until MJF releases him from his contract.

– Hook vs. Tony Nese is made official for next week.

After the match, Jay Lethal & Sonjay Dutt revealed their gift for Joe and it’s the debuting Satnam Singh. They beat down Joe.

A despicable scene to end a huge night of #AEWDynamite on TBS tonight as @TheLethalJay, @sonjaydutterson and @hellosatnam stand over new the ROH World TV Champion @samoajoe! pic.twitter.com/LT0YiIYUft

– Sting & Ole Anderson Have A Face Off Interview

– Wrestler Of The Week Is Norman