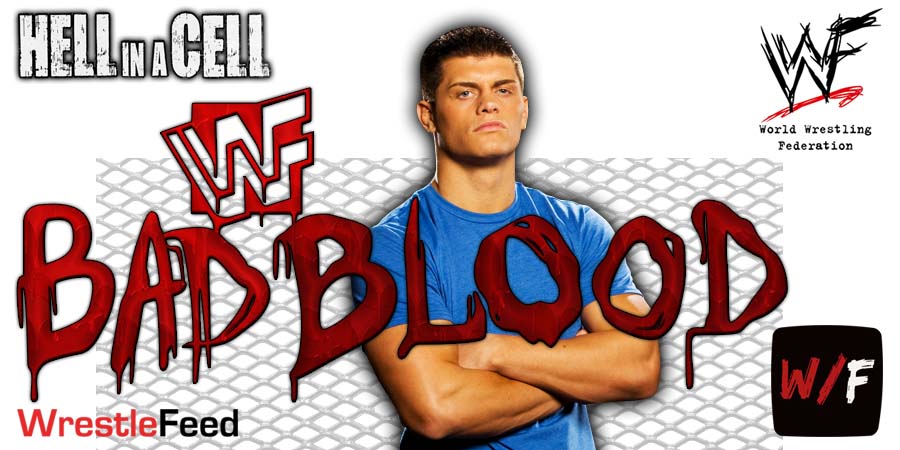 In the main event of tonight’s WWE Hell In A Cell 2022, Cody Rhodes defeated Seth Rollins inside the Hell in a Cell structure.

Below are the tweets from wrestling stars regarding Cody’s decision to wrestle with a torn pec:

Joey Janela: This is unreal, @CodyRhodes is an animal! Get well soon

Cheeseburger: Nothing but absolute respect to @CodyRhodes. Dude lives and breathes professional wrestling, is willing to give 100% every single night. Tonight was something special only those who truly love this business will understand. Pure passion, get well soon Cody.

Jordynne Grace: Absolute machine. @CodyRhodes on the cover & #1 in the next @OfficialPWI 500 guaranteed.

Also Check Out: AJ Styles Was Bleeding Profusely At Hell In A Cell (Video)

King of the Ring Report