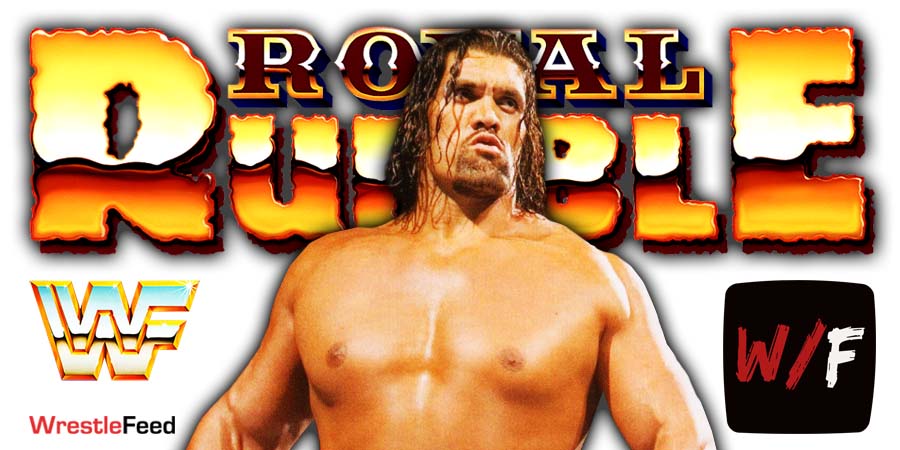 During the 2007 Royal Rumble match, The Great Khali delivered a vicious chop to the head of MVP, and MVP wasn’t a fan of it.

MVP got interviewed on WWE’s After The Bell podcast, where he recalled this Rumble encounter with the former World Heavyweight Champion.

“You go back and you watch that Rumble. When he chops me in the head, there’s a delayed reaction because my first instinct is to look at him and go, ‘WTF, man?! Oh, that’s right, let me go down.’

It’s legitimately a brain-scrambler. I didn’t enjoy that at all.

My momma always said if you don’t have anything nice to say, don’t say anything at all.

So I’m just gonna say I hope Khali is doing very well in India with his wrestling school teaching people how to put on A1, 5-star world-class matches with his incredible wealth of talent and ability. Yeah, all right.”

The Great Khali was inducted into the WWE Hall Of Fame in 2021.

It was broadcasted from the UTC Arena in Chattanooga, Tennessee and featured pre-taped matches, promos & storyline segments on the road to the ‘WWF Royal Rumble 1990’ PPV, that happened later on the same day.

– The Powers of Pain vs. Reno Riggins & Mike Howell