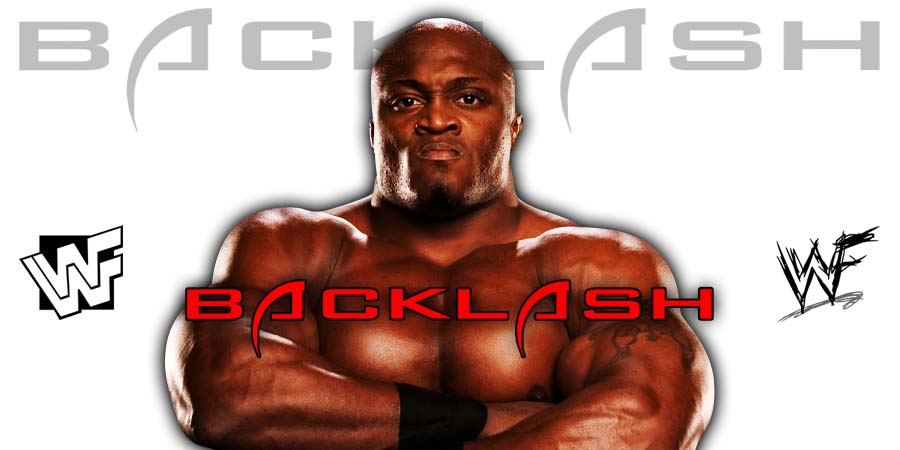 On this day in Pro Wrestling history on May 19, 1996, Ted Turner’s World Championship Wrestling aired ‘WCW Slamboree 1996’ LIVE on PPV from the Riverside Centroplex in Baton Rouge, Louisiana.

This was the last WCW pay-per-view before the Take Over invasion angle feat. The Outsiders Scott Hall & Kevin Nash started a week later. The rest is history.

This event featured the infamous “Lethal Lottery” tournament, that – as always – ended in a Battlebowl match.

On a funny side note, a Rematch of this 1996 WCW PPV’s main event happened 19 years later on WWE Monday Night RAW.

The highlights can be seen below:

After successfully defending his WWE Championship against Seth Rollins at Money In The Bank, Drew McIntyre will put his Title on the line against Bobby Lashley in the main event of Backlash 2020 pay-per-view on June 14th.

The All Mighty and his new manager, MVP, challenged McIntyre to a Title match last night on RAW, which has now been accepted by the Champion.

Below is what McIntyre & Lashley tweeted about it:

This is the @fightbobby EVERYONE has wanted to see for two years now. You’re a dangerous man, but leave your marital issues at the door because if we’re going to do this, I want the very best version of Lashley. I’ll be waiting. https://t.co/tsSDA4OYqP

Careful what you wish for Champ. You want “this Lashley”…you got it. See you at #WWEBacklash. https://t.co/UVr5Lewxi6

Below is the updated match-card for Backlash 2020: