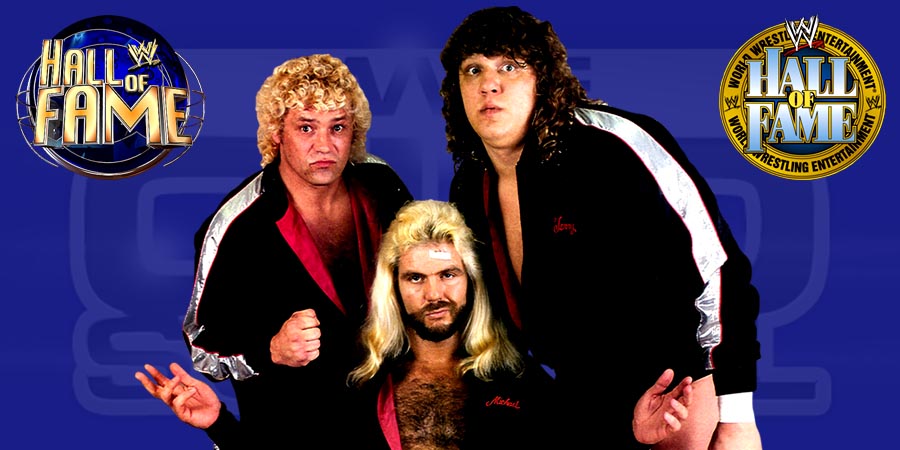 WWE confirmed that The Fabulous Freebirds will be inducted into the WWE Hall of Fame Class of 2016, the night before WrestleMania 32.

Below is what WWE posted about the announcement:

The Fabulous Freebirds, one of the most infamous and influential groups in sport-entertainment history, will finally be inducted into the WWE Hall of Fame on the eve of WrestleMania 32. The Freebirds will be immortalized in Dallas, the city they famously antagonized in their heyday.

The group was founded in 1979, when Michael “P.S.” Hayes, Terry “Bam Bam” Gordy and Buddy “Jack” Roberts joined forces to wreak havoc on professional wrestling. Gordy provided raw power and fury, Roberts lent his technical prowess and Hayes was dripping with charisma that made sure the spotlight was always on them. The Fabulous Freebirds quickly found success in the Georgia territory, where they captured the NWA National Tag Team Titles and instituted the “Freebird Rule,” where any two members of the trio could defend the titles.

Though they disbanded in the early 1990s, The Fabulous Freebirds’ influence can be felt to this day. The Freebird Rule has been used by numerous teams over the years, including Demolition, the nWo Wolfpac and reigning WWE Tag Team Champions The New Day.

Don’t miss The Fabulous Freebirds’ return to Texas, as they take their rightful place in sports-entertainment history during the 2016 WWE Hall of Fame Induction Ceremony on Saturday, April 2.

The other inductees announced for WWE Hall of Fame Class of 2016 till now are The Godfather & Sting.

Below is what Michael PS Hayes noted to Rolling Stone about getting inducted:

“Well, I don’t know what the rush was. Every year around this time, I’d be on pins and needles, hoping we’d get in, because our career speaks for itself. We put asses in seats…and I think you could take a poll of anybody who ever paid their hard-earned money to come see us, and they’d say they got more than their money’s worth. And that was huge to us, because we were wrestling fans too.

I’ve never been a person who is at a loss for words, so I’m pretty sure I’ll have some things to say. They may not let me curse, but I want to pay homage to Terry and Buddy and the group, so I’m going to tell as many stories as they’ll let me get away with. Believe me, I’ve got plenty of them.”