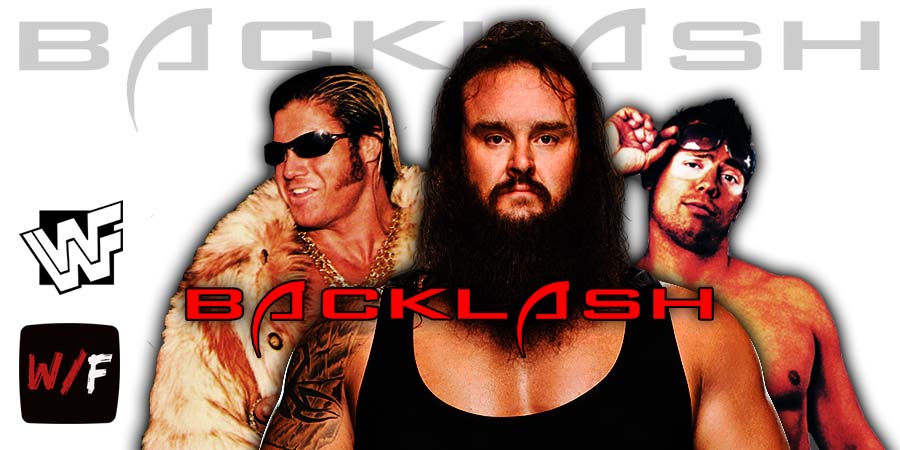 – 2 On 1 Handicap Match For The Universal Championship: Braun Strowman (c) vs. The Miz & John Morrison

On the Kickoff Show, Ric Flair and Christian were shown arguing over who is going to win the “Greatest Wrestling Match Ever” between Edge and Randy Orton.

The first and only match on the Kickoff Show was for the United States Championship. Apollo Crews managed to continue his US Title reign by defeating the former champion, Andrade, once again.

The main show of Backlash 2020 kicks off with the triple threat tag team match for the WWE Women’s Tag Team Championship.

The Boss ‘n’ Hug Connection manage to retain their Titles after Sasha Banks pinned Alexa Bliss to pick up the win for her team.

WWE’s next PPV will be Extreme Rules, and it will air on July 19. You can check out the new logo for this PPV below:

Up next is Jeff Hardy vs. Sheamus. During the ending moments of the match, Hardy delivered a Swanton Bomb and went for the cover, but Sheamus put his leg on the bottom rope.

After that, Sheamus delivered a Brogue Kick outside the ring and then inside the ring, and pinned Hardy to get the win.

The time has come and gone for words.