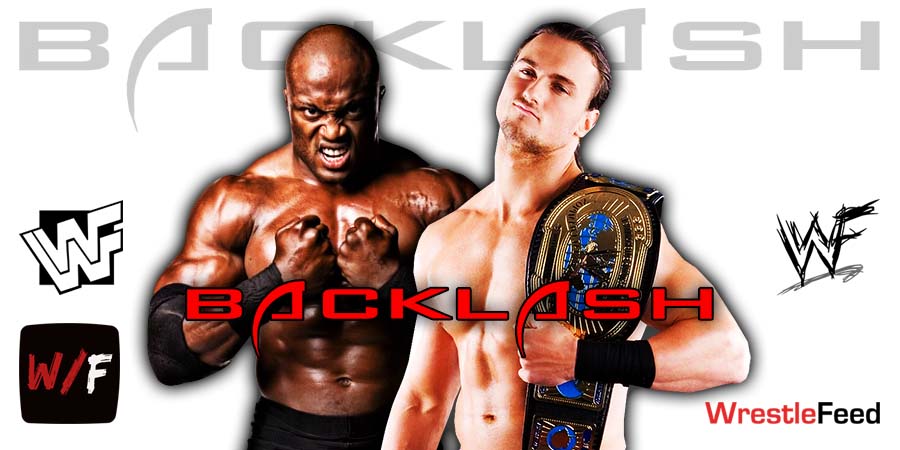 Up next is the WWE Championship match. MVP and Bobby Lashley make their way out first, followed by WWE Champion Drew McIntyre.

The match hasn’t begun and McIntyre hasn’t even removed his jacket, and Lashley locks in the Full Nelson on the WWE Champion.

Multiple referees come out to make Lashley let go. The match begins and Lashley is in control.

Lashley is dominating McIntyre outside the ring and accidentally drops him on his head while slamming him. Lashley then picks him up and throws him head-first into the ring post.

Lashley is looking to spear McIntyre through the barricade next, but McIntyre counters and sends Lashley crashing into the barricade.

McIntye comes back into the match with a Reverse Alabama Slam on Lashley, goes for the cover, but Lashley kicks out.

Lashley locked McIntyre’s arm in a hold, but McIntyre countered and picked up Lashley for a Tombstone Piledriver, but Lashley countered and took McIntyre down.

McIntyre superplexes Lashley from the top rope. McIntyre then did a kip-up and began his Claymore count. McIntyre went for the Claymore Kick, but Lashley nailed a Spear! Lashley goes for the cover, but McIntyre kicks out.

Lana then came ringside and accidentally got knocked off the ring apron onto MVP when McIntyre pushed Lashley into her. 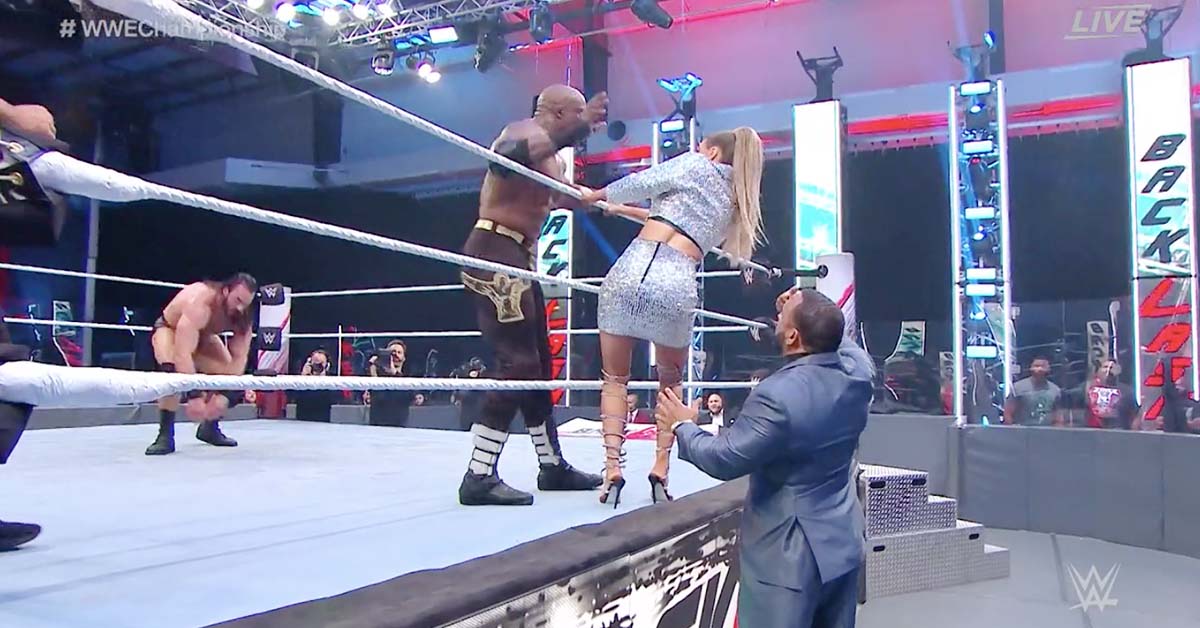 McIntyre then hit Lashley with a Claymore Kick and pinned him to win the match.

WATCH: Layla Had The Best Butt In WWE: