• WWE Being Investigated For Spread Of COVID-19

WWE’s problem with the COVID-19 pandemic doesn’t seem to end, as the company keeps on encountering new cases from time to time.

Over 50 people in the company have tested positive for COVID-19 so far.

According to WFTV, the Orange County Department of Health in Florida is investigating a number of businesses as potential COVID hotspots, which includes three WWE venues, the WWE ThunderDome at Amway Center, the Performance Center and Full Sail University.

These three WWE venues are part of the 17 businesses the Health Department’s Strike team is investigating. 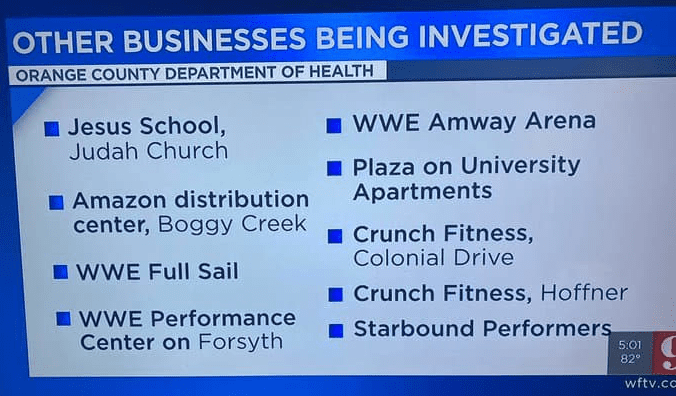 The virus affecting NXT talent has in turn affected a few main roster wrestlers in the past. The Clash Of Champions pay-per-view suffered a big blow because of it, and RAW Underground got cancelled for the time being.