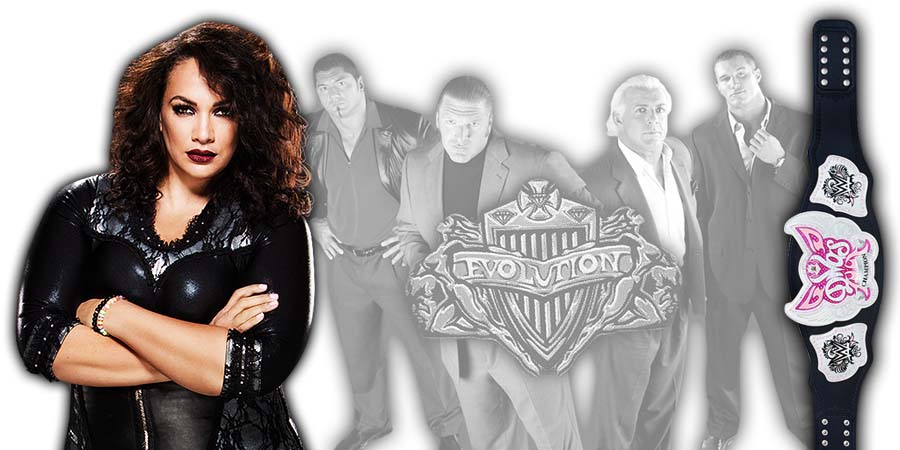 When Vince McMahon’s attempt in 1987 to replace the legendary Piper’s Pit with Missy Hyatt’s own talk-segment “Missy’s Manor” failed and the episodes they already filmed, never made it to television, the former WCCW & Mid-South Wrestling valet joined Jim Crockett’s promotions in late 1988, which in December ’88 was sold to Ted Turner and renamed ‘World Championship Wrestling’, after their weekly saturday night tv show, that already had the same name.

During her time in professional wrestling, Missy had $exual relationships with several pro wrestlers such as Road Warrior Hawk, Tommy Rich, Scott Putski, Brutus Beefcake & Val Venis … only to name a few.

In between the self proclaimed first lady of wrestling was married to “Hot Stuff” Eddie Gilbert from 1987 till 1989.

• WWE Building Towards A ‘Monster’ Feud On RAW

According to the Wrestling Observer, WWE officials are building towards a ‘Monster’ feud between Nia Jax & Tamina Snuka on RAW.

As seen on this week’s episode of RAW, Tamina returned and had a confrontation with Nia, where she superkicked the former RAW Women’s Champion.

Both these women will compete in the Women’s Battle Royal at WWE Evolution PPV, where the winner will get a future Women’s Championship match.

14 Names have been confirmed for this Battle Royal and you can check them out below: