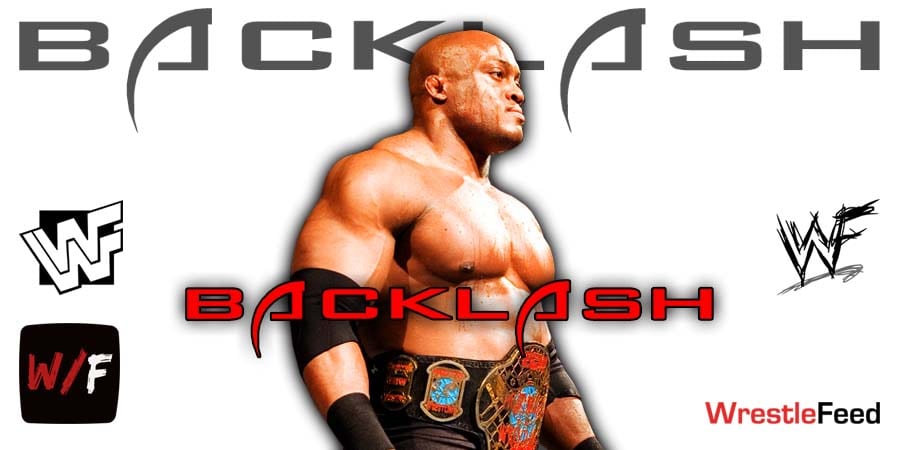 On tonight’s post-WrestleMania 37 episode of RAW, MVP came to the ring and said Bobby Lashley did exactly what he said he was going to do and that was defeat Drew McIntyre at WrestleMania 37 and retain his WWE Championship.

Drew McIntyre interrupted. Drew said Lashley got the best of him with The Hurt Lock, but said he will get another chance against Lashley and it will end with him taking out Lashley with a Claymore.

WWE Official Adam Pearce announced that tonight’s main event will be Drew McIntyre vs. Braun Strowman vs. Randy Orton in a Triple Threat Match, with the winner facing Bobby Lashley for the WWE Championship at WrestleMania Backlash PPV on May 16.

During the ending moments of the main event, Orton RKOed Strowman and went for the cover, but McIntyre hit Orton with a Claymore Kick while he was pinning Strowman. McIntyre then pinned Orton to win the match.

Lashley vs. McIntyre took place at the Backlash 2020 PPV as well, where McIntyre defeated Lashley to retain the WWE Championship.

After the main event, T-Bar & Mace double-chokeslammed McIntyre, with MVP looking on from the stage.

Also Read: Alexa Bliss Explains Why She Cost The Fiend His Match At WrestleMania 37