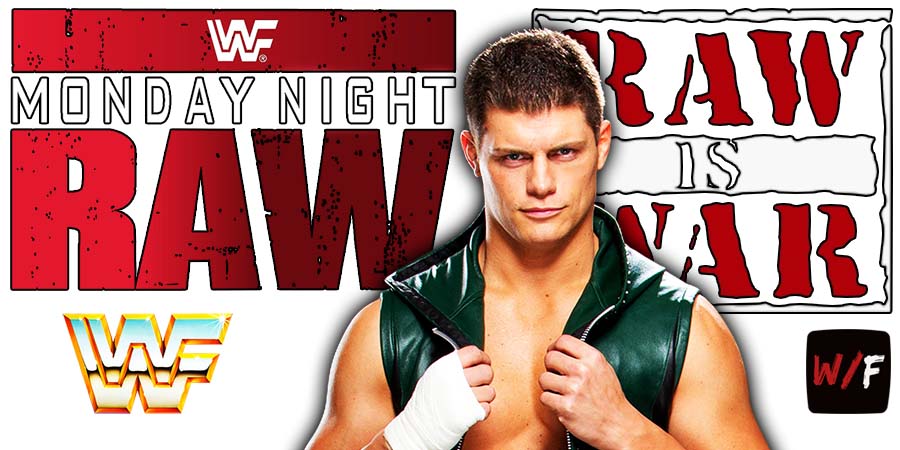 Last week was the RAW after WrestleMania 38, which featured the return of Cody Rhodes to the red brand after 6 years.

Cody kicked off the show and revealed that his goal is to go after the WWE Championship, which is a Title that no one from his family ever won.

Seth Rollins then came out and shook hands with Cody.

According to Fightful Select, Cody was originally scheduled to close the show, instead of open it:

“On Monday, the Cody Rhodes segment was scripted to go on last, even appearing internally as such until about a little after 7 PM EST. We weren’t told a reason the Cody and Reigns segments were flipped.”

Roman Reigns made his first appearance as the Undisputed WWE Universal Champion in the main event segment of RAW last week.

On tonight’s RAW, Cody is scheduled to face The Miz in his first televised match on RAW in 6 years.

While he had his World Wrestling Federation debut as Dustin Rhodes in late 1990, his biggest claim to fame is without a doubt portraying the character of Goldust, which he debuted in 1995, but was still working the gimmick as a main roster WWE Superstar until he joined AEW in 2019.

Him going into the WWE Hall of Fame one day after he’ll be retired, is only a question of “when”, not “if”.