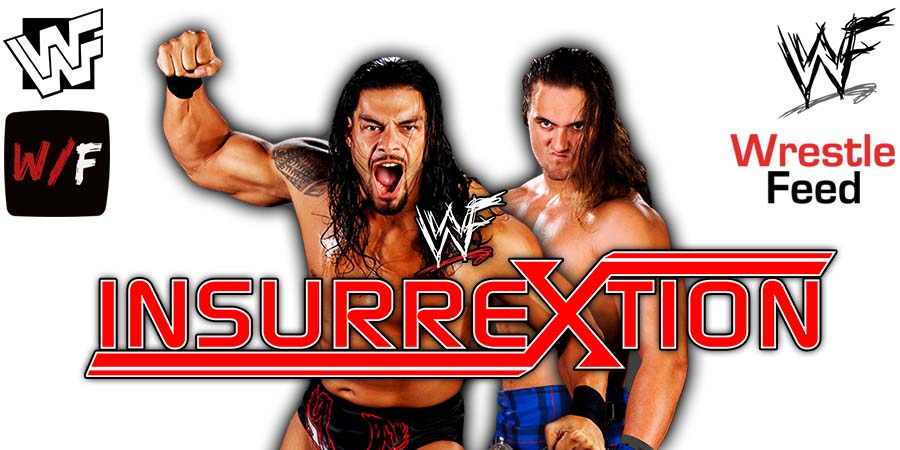 Up next is the main event of the evening and it is for the Undisputed WWE Universal Championship.

Karrion Kross & Scarlett are seated ringside for this match.

“The Scottish Warrior” Drew McIntyre comes out first, followed by the man who has been the champion for over 2 years – “The Tribal Chief” Roman Reigns.

The Head Of The Table is alone tonight, because Paul Heyman is still in the hospital and The Usos aren’t medically cleared due to McIntyre’s assault on SmackDown.

Reigns hasn’t been pinned in 992 days and has been champion for 734 days to be exact. 55 Titles in WWE have changed hands since August 30, 2020 (the night Reigns became champion).

The match begins and Drew is giving Roman a tough time in the ring, and The Tribal Chief is definitely feeling the absence of The Bloodline at ringside.

Reigns is telling the crowd to shut up and the UK crowd is very vocal.

Drew throws Roman into the steel ring steps on the outside and someone threw a water bottle at Drew. McIntyre turns around and it’s Karrion Kross who threw the bottle. Reigns takes advantage of a distracted McIntyre and beats him up.

Reigns takes the mic in the middle of the match and tells Cardiff to acknowledge him! Drew then hits Roman with a vicious Glasgow Kiss headbutt and both men are down.

Drew throws Roman down from the top rope and is looking for the Claymore Kick, but Roman slides out of the ring.

Roman comes into the match with a Rock Bottom! Roman goes for the cover, but Drew kicks out.

Reigns goes for the Superman Punch, but McIntyre counters and hits the Future Shock DDT!

McIntyre goes for the Claymore Kick, but Reigns intercepts with a Superman Punch! Reigns goes for the cover, but McIntyre kicks out!

Reigns hits a Spear and goes for the cover, but McIntyre kicks out! Roman is doubting himself and is trying to talk himself back into this match.

Roman locks in the Guillotine Chokehold, but Drew powers out of it. Drew spears Roman through the ringside barricade.

Drew goes for a Claymore Kick in the ring, but Roman hits a Spear! Roman goes for the cover, but Drew kicks out again!!

Roman is arguing with the referee that it was 3 and Drew hits Roman with the Claymore Kick to the back and the referee is down too.

Austin Theory comes out to cash-in his Money In The Bank contract, but Tyson Fury knocks him out!

Reigns is looking to hit McIntyre with a Steel Chair in the ring, but McIntyre hits a Claymore Kick! McIntyre goes for the cover, but Reigns kicks out!

Roman and Drew are punching each other now. Drew lays out Roman with a Spear!

Drew hits the Claymore Kick and goes for the cover, but The Usos’ younger brother Solo Sikoa pulls the referee out of the ring at the count of 2. Solo attacks Drew. 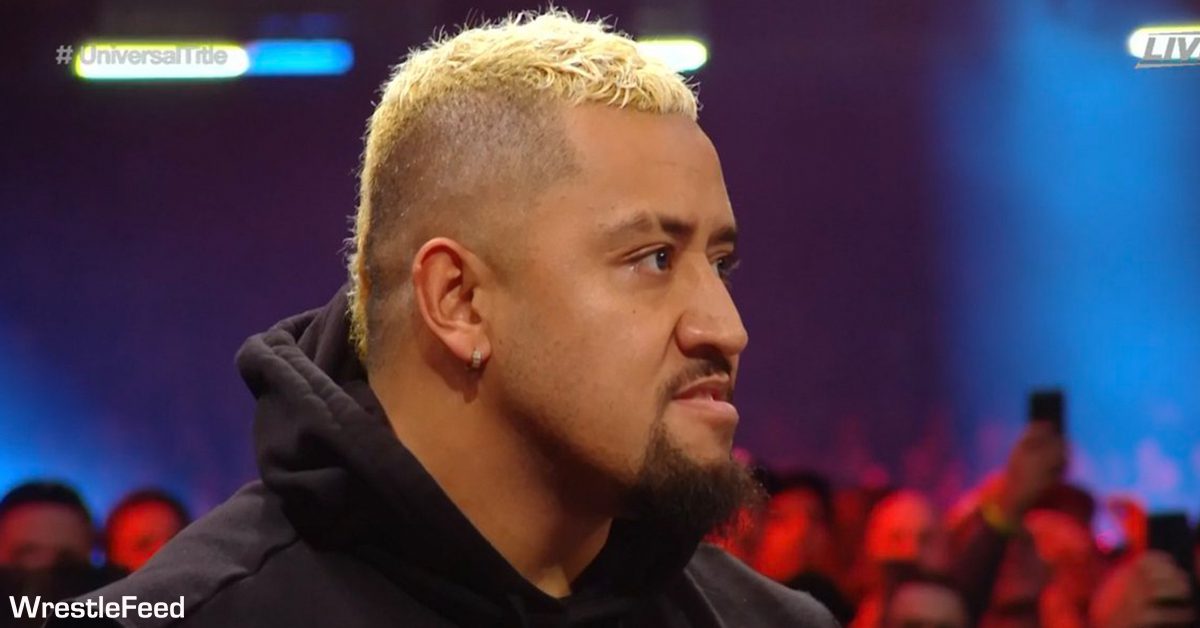 Roman hits Drew with a Spear to pick up the win! 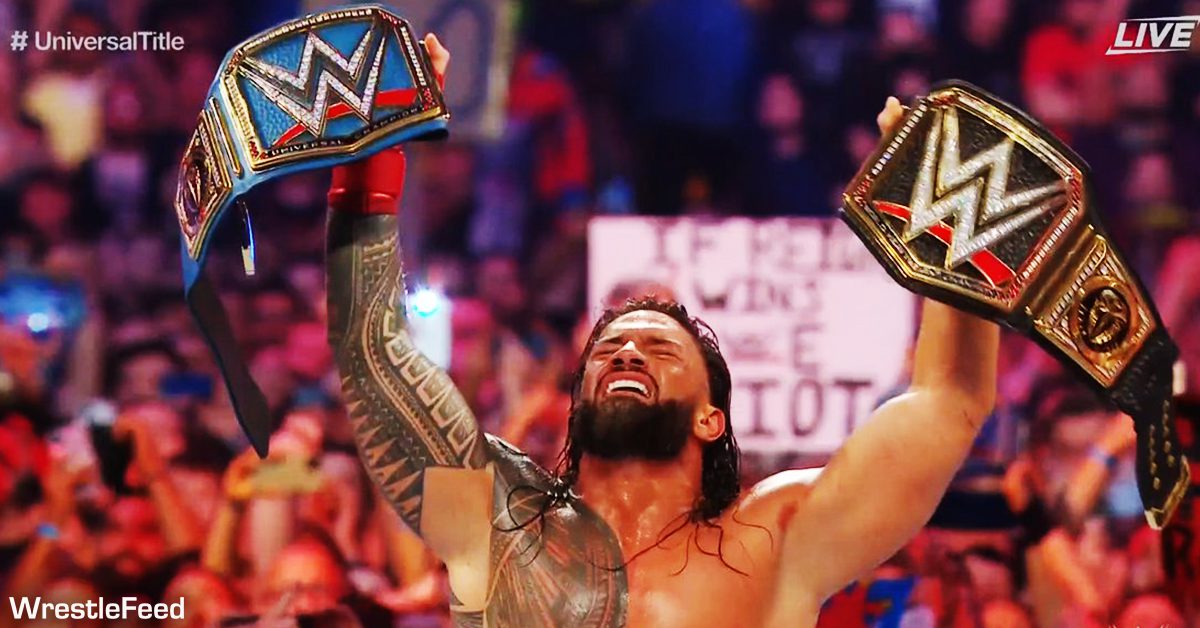 McIntyre & Fury then sang a song to send the fans home happy.