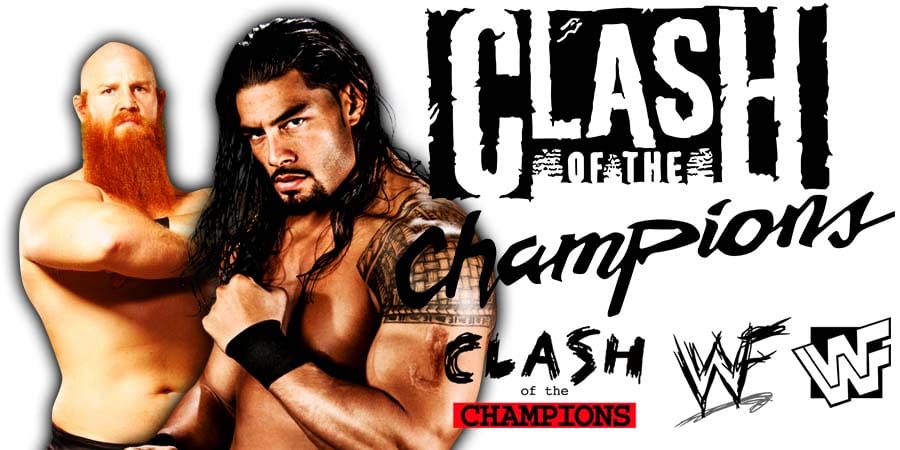 Up next is a No DQ match. “The Big Dog” Roman Reigns makes his way out first to a huge pop, followed by Erick Rowan. Rowan is announced at 315 lbs.

Reigns goes after Rowan before Rowan even enters the ring. The match begin and both men are already brawling at the ringside area.

Rowan hits Roman with a Kendo Stick and the two are now brawling in the crowd. Rowan attacks Reigns with a trash can.

The action returns to the ringside area and Reigns hits Rowan with a Drive By on the ring apron.

Reigns is now clearing the announce table and Rowan suddenly takes down Roman with a Crossbody.

Rowan is targeting the mid-section of Roman. Rowan hits the Side Effects on Roman and goes for the cover, but Roman kicks out.

Rowan now slams Roman face-first on the ring apron. Rowan takes Roman in the ring and goes for the cover, but Roman kicks out.

Rowan now brings the Steel Steps into the ring and is about to hit Roman with them, but Roman counters and hits the Samoan Drop on the 315 pounder!

Roman hits Rowan with the Steel Steps and follows it with a Superman Punch! Roman goes for the cover, but Rowan kicks out.

Roman goes for the Superman Punch on the outside, but Rowan counters and Powerbombs him through the announce table!!!

Rowan quickly takes Roman in the ring and goes for the cover, but Roman kicks out!

Rowan now hits Roman with the time keepers bell and they brawl in the crowd again.

Rowan hits the Iron Claw slam on Reigns through a table! Rowan now picks up Roman on his shoulders and places him on the entrance stage.

Reigns hits Rowan with Superman Punch to send him down the ramp. Reigns goes for a Spear, but Luke Harper returns and hits Roman with a Big Boot!

Harper takes down Reigns with Discuss Clothesline in the ring.

Rowan hits Reigns with an Iron Claw Slam and pins The Big Dog!

Erick Rowan def. “The Big Dog” Roman Reigns in a No DQ match 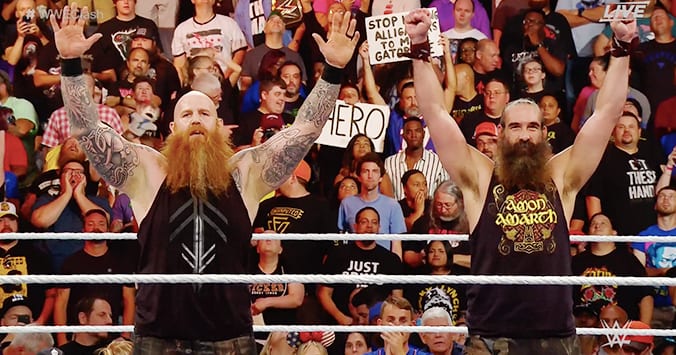