On this day in Pro Wrestling history on December 13, 1989, Ted Turner’s World Championship Wrestling aired their annual ‘NWA StarrCade’ event LIVE on PPV from the The Omni in Atlanta, Georgia.

This pay-per-view event featured the ‘Iron Man’ and ‘Iron Team’ tournaments, including a lot of big names & famous Tag Teams.

– Lex Luger vs Ric Flair ended in a time-limit draw

– The New Wild Samoans defeated The Steiner Brothers via DQ

Becky went on to call Graves “Heenan-lite” and Graves went on to claim that Vince McMahon doesn’t pay attention to Becky’s work:

So Graves has been saying I’m too cocky, and I talk too much on social media – like that’s a bad thing. I drum up more interest in 1 tweet than you do with 5 hours of your Heenan-lite routine every week. Listen, I’m here to make history, you’re just here to observe me do it. pic.twitter.com/Iddsuw3ArY

I’ll admit it. It’s tough to go FULL-Heenan when the boss is actually paying attention to your work. You’ll realize that someday. ?‍♂️@BeckyLynchWWE https://t.co/8nyd5BzkB5

Graves went on to troll Becky by becoming “The Woman” on Twitter: 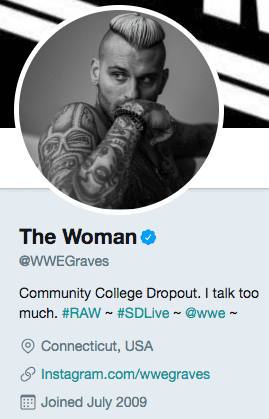