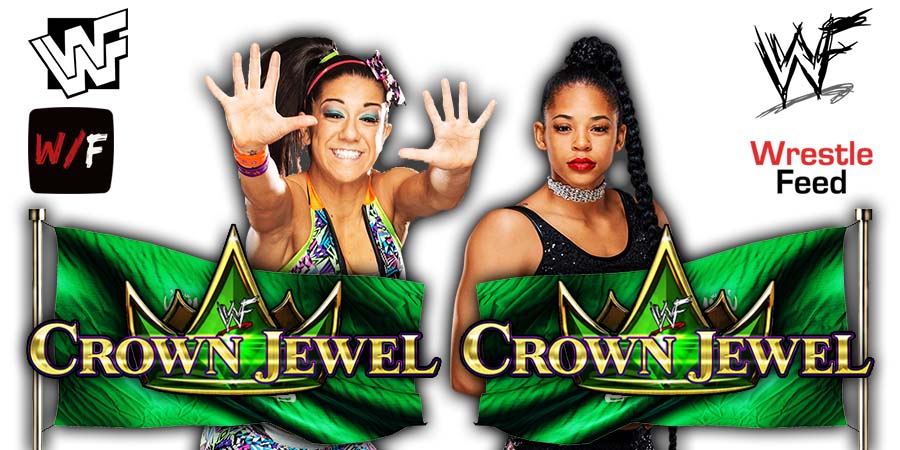 Up next is a Giant vs. Monster match. Omos makes his way out first, followed by former Universal Champion Braun Strowman.

Omos has the size advantage and he is dominating Strowman. Strowman wants to pick up Omos for the Powerslam, but can’t.

Strowman comes back into the match and clotheslines Omos out of the ring. Braun wants to go for the Strowman Express outside the ring, but Omos puts him down.

Omos goes for a corner attack, but misses. Strowman picks up Omos and hits the Running Powerslam for the win!

Up next is the Undisputed WWE Tag Team Championship match between The Usos and The Brawling Brutes.

Michael Cole said Jey Uso thinks he has a broken wrist and this angle was played in the match as well.

In the end, The Usos hit the 1D on Butch from the second rope to pick up the win.

Usos will now defend the Titles against The New Day on Friday’s SmackDown.

Up next is a Last Woman Standing Match for the RAW Women’s Championship between Bianca Belair & Bayley.

After back & forth extreme action, a Golf Cart was brought out as well. Bianca pushed Bayley from the top of the cart, on to a table, but Bayley landed on the edge of the table and the table didn’t break. 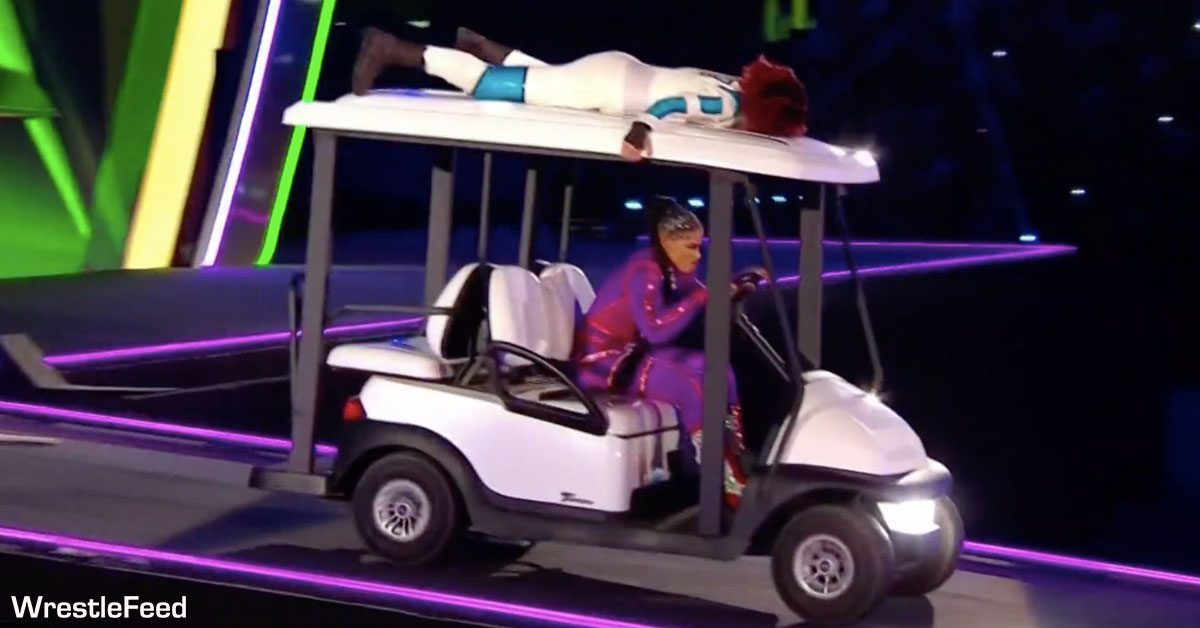 Bianca then powerbombed Bayley through the table, but Bayley still managed to get up before the count of 10.

Belair places Bayley on top of steel chairs in the ring and goes for the 450 Splash, but Bayley got out of the way and Belair landed on multiple steel chairs!

Bianca hit Bayley with a KOD on the edge of steel chair and Bayley landed leg-first. Bianca then trapped Bayley in a Ladder and then trapped the ladder under the bottom rope in the corner. Bayley failed to get up before the count of 10.

Belair got a big pyro for her win after the match.