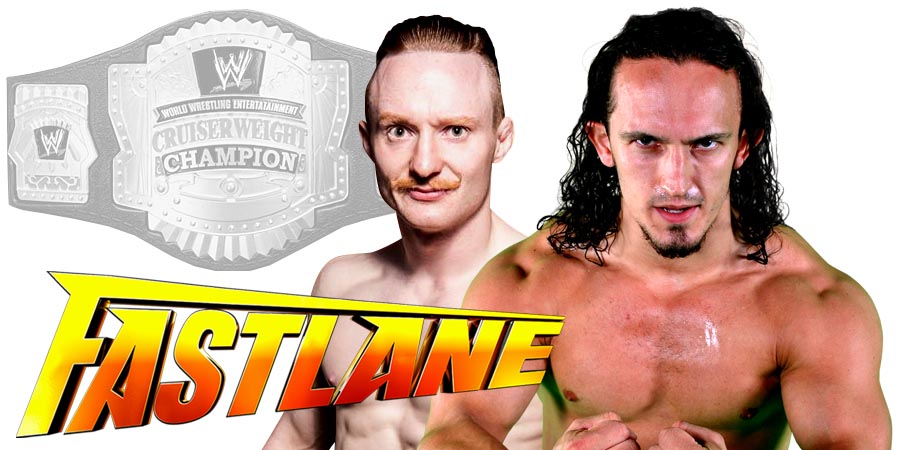 Swann informed Neville that he has a Cruiserweight Title rematch (Swann lost the Title to Neville at Royal Rumble 2017) and it’s going to happen on Raw.

Speaking of Swann, he teamed up with Akira Tozawa to defeat the team of Noam Dar & The Brian Kendrick on the FastLane 2017 Kickoff show.

Joe defeated Sami Zayn in the opening match of the FastLane 2017 main show, while Mahal lost to Cesaro. It should be noted that the alliance between Mahal & Rusev is over.