WWE employees who tested positive for COVID-19 broke the news through their social media accounts. The 5 confirmed names so far, Renee Young, Kayla Braxton, Adam Pearce, Tyreke and Jamie Noble did so.

However, WWE doesn’t want anyone to tweet about it.

“I can tell you for a fact that the company doesn’t want anyone tweeting about it if they are positive. I have heard other names that have tested positive that have not tweeted about it.

The in-ring talent and staff are not the only people who have tested positive. There are some friends and family that are now affected.”

It was also noted that none of the WWE executives reached out to Renee Young after she announced she tested positive for COVID-19. Young didn’t find out that she had the virus at a WWE testing, but she found it out when she herself went for a test to a doctor.

An anonymous WWE talent sent the following information to Wrestlinginc regarding WWE not wanting talent to talk about their positive test openly: 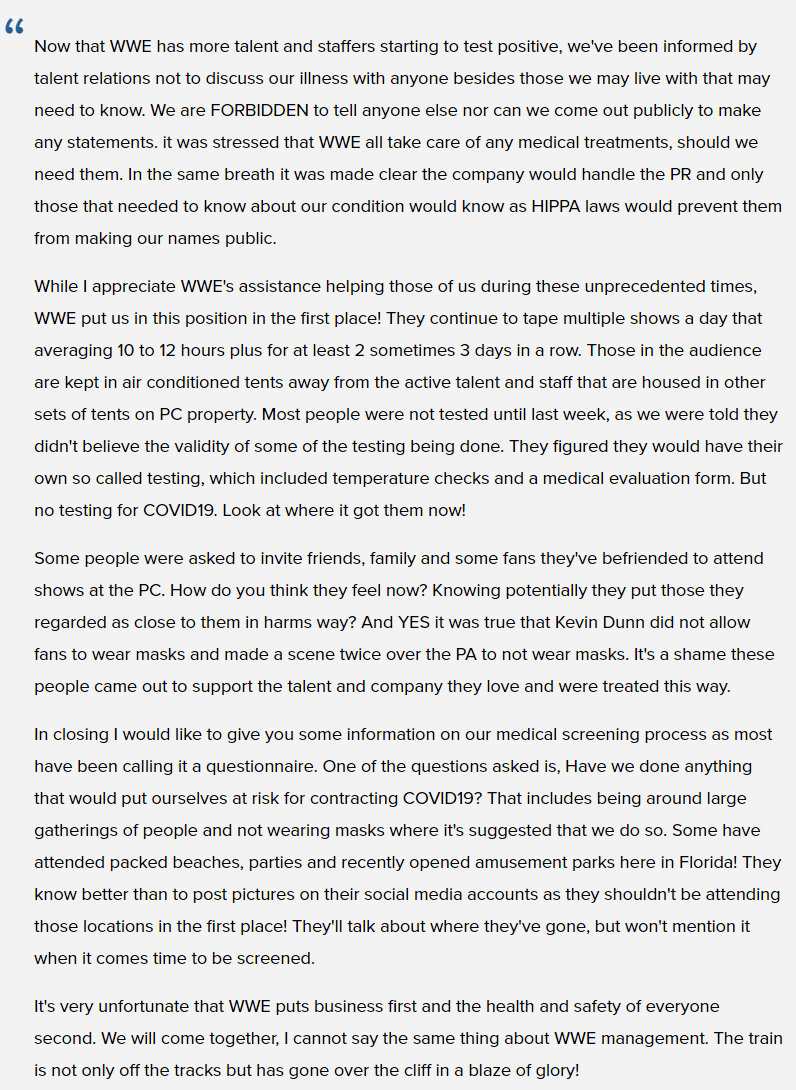