Up next is the main event of the night, Kevin Owens vs. Bill Goldberg for the WWE Universal Championship! HUGE Goldberg chants in the arena!

Goldberg has never lost a one-on-one Title match in WWE! The question now is, will Goldberg win his first World Title in over 13 years?

Out next is the WWE Universal Champion Kevin Owens. Goldberg is announced at 270 lbs. It should be noted that he was announced at 285 lbs at Survivor Series 2016.

Goldberg shouts “kiss that goodbye” to Owens when he was holding his Title. Owens gets out of the ring even before the match starts. Owens is just roaming around the ring now.

Owens is now about to enter the ring, but doesn’t.

Owens enters the ring again, but immediately exits and he’s just circling the ring now. Owens now enters the ring, but Chris Jericho comes out and Owens gets distracted.

Goldberg hits a Spear and a Jackhammer and gets the win! 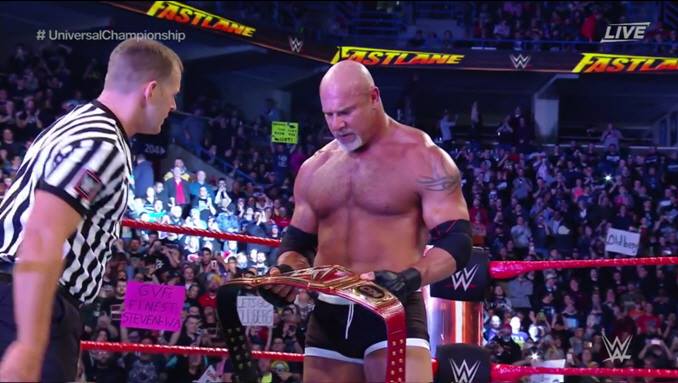 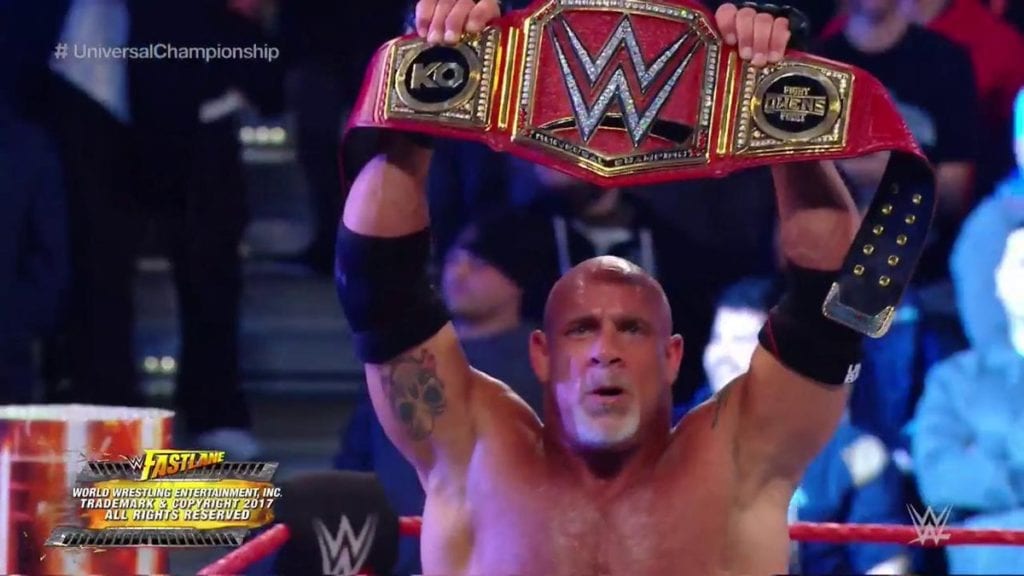 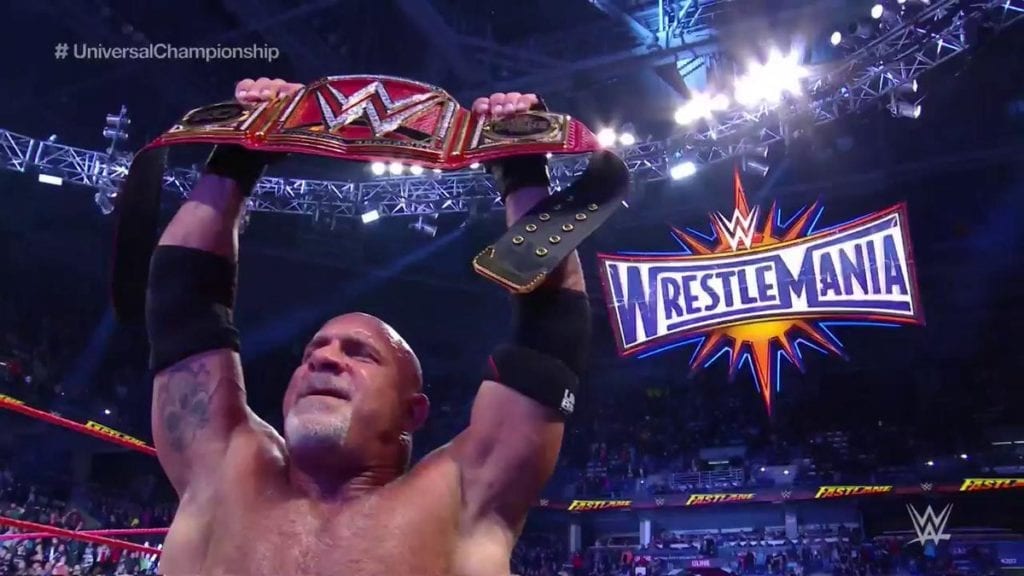