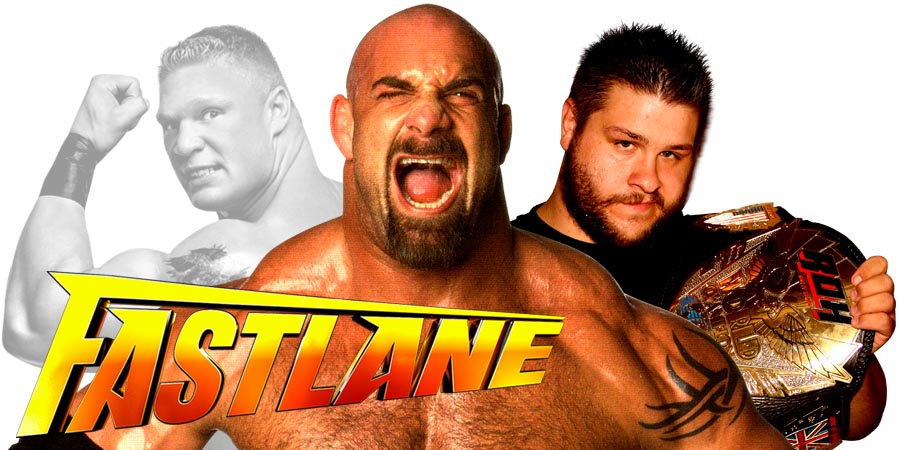 Former WWE & WCW World Heavyweight Champion Bill Goldberg will challenge “The Prize Fighter” Kevin Owens for the WWE Universal Championship in the main event of FastLane 2017. If Goldberg wins the Title in this match, then his match with Brock Lesnar at WrestleMania 33 will be for the WWE Universal Title. Current plans are for Goldberg to defeat Owens, in what might turn out to be a squash match, and captured his first World Title in over 13 years. Owens is then expected to resume his feud with United States Champion Chris Jericho. It should be noted that Brock Lesnar won’t interfere to cost Goldberg the Title, as it was noted on last week’s episode of Raw by Paul Heyman that Lesnar would enjoy defeating Goldberg and then earning the WWE Universal Title at WrestleMania 33.