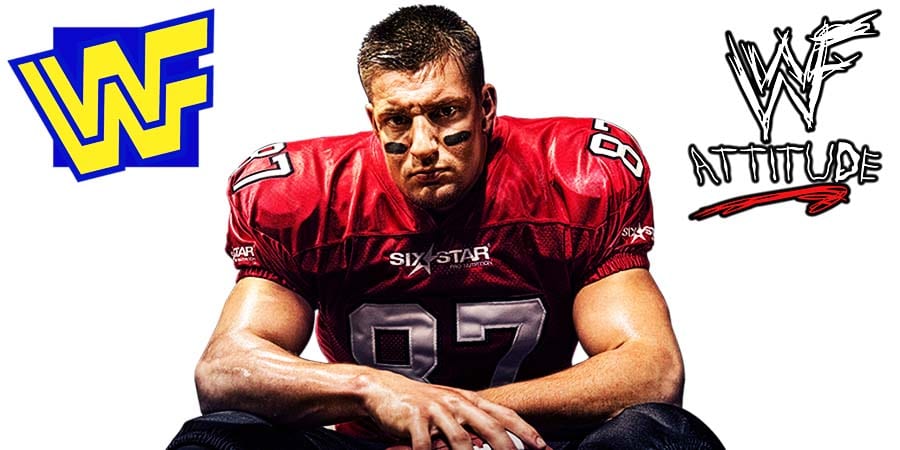 The longest WWE 24/7 Champion Rob Gronkowski has left WWE. He’s set to make his return to the NFL as part of the Tampa Bay Buccaneers.

The Wrestling Observer is reporting that Gronk was signed by WWE just to work WrestleMania, SummerSlam and the pay-per-view in Saudi Arabia this fall:

“So the deal is that once he signed with the Bucs it was part of the deal that he can not do pro-wrestling because he was signed to a deal. He was gonna do what he did at WrestleMania and he was gonna go to SummerSlam which was gonna be the big one. So he was gonna do the end of the year show in Saudi Arabia. The multi-event contract was those three events.

WWE also let him go because he was quite hesitant to do his spot at WrestleMania and got heat due to it (tap here to read more about it).